How This Trailblazer Started A New Career After The Military 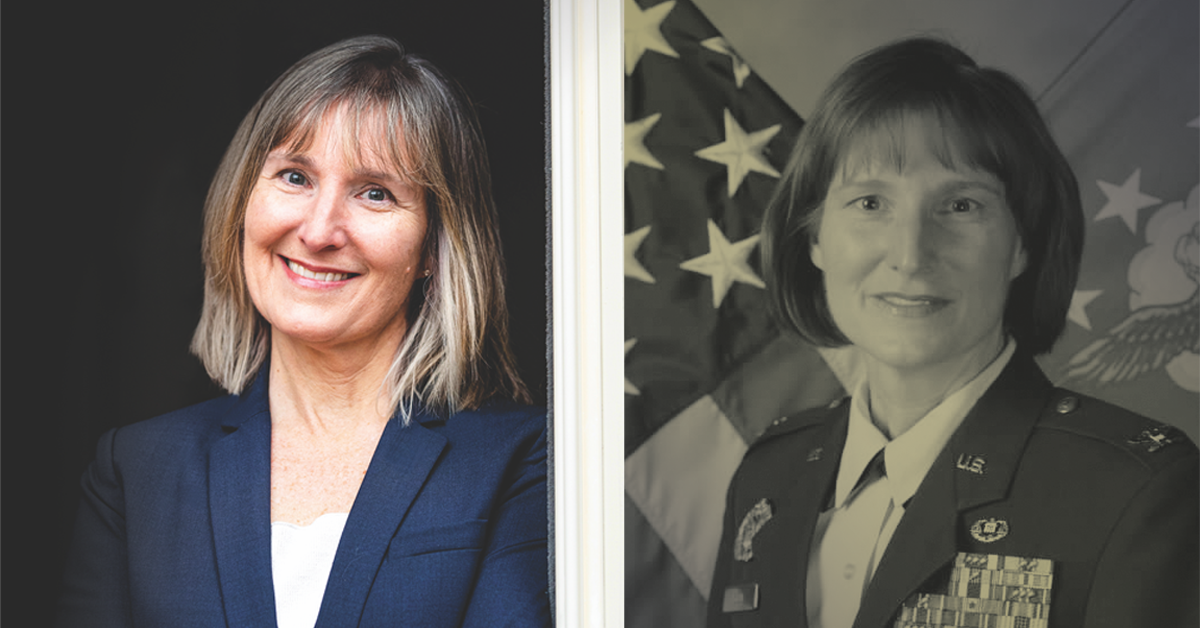 Air Force veteran Heather LoBue was used to breaking down barriers. Then she made a smooth landing at Wells Fargo* when she pursued a new career after the military.

As an Air Force colonel, a military veteran or a Wells Fargo* corporate attorney Heather LoBue has a history of defying expectations while finding success in career fields dominated by men.

While women remain underrepresented at the upper rungs of the financial services industry, LoBue is no stranger to knocking down barriers. Only this time, the path before her at Wells Fargo is less daunting than the one that existed when she entered the military in 1994.

How LoBue Found Success After Her Military Career

“I hear stories of the ‘old days’ and how difficult it was for women in this [financial] industry,” she said. “I am lucky in that other women already fought the battles that opened doors I was able to walk through,” LoBue said of her post-military career as Wells Fargo legal counsel in the St. Louis area.

When LoBue joined Wells Fargo Advisors in 2019 as a fellow in the Hiring Our Heroes Corporate Fellowship Program, she had no prior experience in the financial industry. After being introduced to roles throughout the company, LoBue realized she could “provide the most value” in the legal department, where regulatory enforcement issues, internal investigations and working with government agencies would be second nature after 25 years in the Air Force.

“I hear stories of the ‘old days’ and how difficult it was for women in this [financial] industry. I am lucky in that other women already fought the battles that opened doors I was able to walk through.”

“The best part of my current job is the people,” she said. “There’s a great team that I’ve fallen into and my manager, in particular, I’m so thankful she decided to take a chance on an Air Force JAG (Judge Advocate General). It’s truly been a blessing.”

Setting Priorities For A New Career After The Military Transition

While some career service members know in their gut when it’s time to retire, LoBue said leaving active duty was difficult.

“I loved what I was doing in the JAG Corps. I loved the Air Force,” she said. “It came to a decision between my family and the Air Force. I realized that the Air Force and I were going to part ways at some point. I wanted to make sure I still had a family when I got to that point. So, I made the tough decision to retire when I did.”

As she prepared to hang up her uniform, LoBue spent time analyzing what she wanted in a post-military career. Her priorities were staying near her final duty station at Scott Air Force Base in Illinois so her three daughters could graduate from the same high school, finding the right culture fit, i.e., great co-workers and a strong sense of collaboration, and limited work-related travel.

LoBue believes pinpointing what’s most important to you is key to a successful transition. Along with setting your priorities, read three other important elements to consider before you start your job search.

“Whether your priority is making a lot of money, living in a certain place or having a certain job,” she said. “Get your priorities lined up and then keep coming back to those as the opportunities open up.”

Having grown up in an Air Force family, LoBue knew early on she wanted to join the Air Force. She accepted an ROTC missile operations scholarship at the University of Miami only to realize she “wasn’t cut out for missiles.” In order to satisfy ROTC requirements, LoBue went to law school, viewing three years of law school and a four-year post-graduate JAG Corps commitment as a quicker path to “the real Air Force” than medical school.

But, LoBue said, “I loved it as a JAG. I loved working with the people. I loved having that mission and, as cheesy as it sounds, defending the country and making the world safe for democracy. You move around a lot and you see a lot. Having grown up overseas, I realized that our system may not be perfect, but it’s the best I’ve seen.”

The military teaches you a lot of soft skills that you can add to your resume. LoBue credits the Air Force with making her a decisive leader who doesn’t get “stuck” in analysis paralysis.

“You make a decision and you move on,” she explained. “If you have to readjust later, that’s fine … As an attorney, you can overanalyze a lot.”

Gender Equality in The Military

LoBue admits gender equality remains elusive in the military. She notes a woman officer has yet to lead the Air Force JAG Corps, though both the Army and Navy have advanced women to the top legal position in their service branches.

“It’s nearly impossible for officers to advance if they don’t have someone taking care of the home front who are ‘all in’ to support the officers’ careers,” LoBue points out. “Officers who are unmarried, those whose spouses have their own careers or whose spouses don’t volunteer their time for the unit are at a distinct disadvantage.

“I don’t mean this to disparage the great work and tremendous sacrifices Air Force spouses make,” she added. “I just mean to point out that officers whose spouses aren’t able or willing to make these sacrifices usually don’t advance. That’s true regardless of the officer’s gender. It’s just easier to see the impact on women.”

Note: MilitarySpouse.com has a resource collection from financial planning to inspirational success stories for any step in the military life cycle.

Programs That Help Veterans Find A New Career After The Military

Because LoBue wasn’t certain she wanted to continue practicing law as a civilian, she considered a wide range of transition programs, from Boots to Business to Troops to Teachers, before applying to Hiring Our Heroes Corporate Fellowship Program. She also had a mentor through American Corporate Partners.

“I would tell folks who are transitioning to pick one [organization] and go with it or pick two or three and get involved and connect because that’s what these organizations are there for,” she said. “It helped me work through the process of what did I want to do? What is out there?”

LoBue said Hiring Our Heroes provided more than a pipeline to a civilian career.

“It wasn’t just finding a job and interning and doing the job. It was training on basically how to be a civilian. How to sell your military skills to a civilian community,” she said.

In addition to the Hiring Our Heroes Corporate Fellowship Program, Wells Fargo participates in the Department of Labor’s Apprenticeship Initiative as well as its own Veterans Employment Transition (VET) Program, an eight-week internship offered twice each year in locations throughout the country. Military and veteran hiring initiatives are open to applicants from all backgrounds.

Jobs for Veterans at Wells Fargo

Today, Wells Fargo has more than 8,000 “self-identified” veterans within its ranks in roles including risk (control, compliance, internal auditing), analytics, branch management, project management, legal and technology. Carly Sanchez, who leads Talent Acquisition Strategy and Delivery for Wells Fargo, points out that one in four veterans hired in 2021 was a woman.

“I’m proud to work for a company that is committed to helping veterans succeed,” said Sanchez, a wife and daughter of military veterans. “Our Military Talent Strategic Sourcing team is dedicated to recruiting, counseling and advocating for military job seekers. They not only manage strategies that ensure military veterans are well cared for, but many of them are veterans themselves and understand the importance of putting emphasis on this rich talent pool.” The team of Military Talent Liaisons also helps with translating military skills into roles at Wells Fargo.

Advice for Your Military Transition

While LoBue struck gold when joining Wells Fargo, she believes veterans should have no qualms about switching jobs if they fail to find a good fit upon leaving military service.

Once LoBue knew she had found a home at Wells Fargo, she said, “You’ll laugh at this, but the hardest part was figuring what to wear each day. It was terrifying.”

While the transition process can be nerve-racking, LoBue encourages service members to reach out to fellow veterans for advice.

“LinkedIn is a good resource to start connecting with other vets,” she said. “Don’t hesitate to do that because that’s what we’re all here for. Our next mission after retiring or separating is to help those coming after us.”

*Company is a paying client.