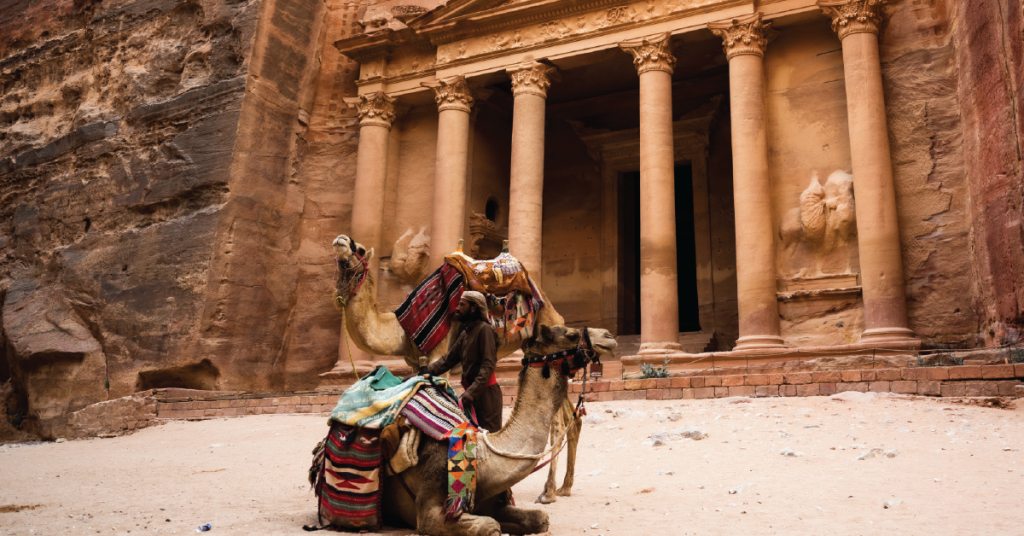 US government offers lucrative pay, benefits to work overseas as a civilian in a friendly nation.

As T.E. Lawrence prepared to organize the Arab Revolt and expel the Turks from the land that is now the Hashemite Kingdom of Jordan, he sat in an ancient castle. This out-of-use Roman structure known as Qasr Azraq (Blue Castle) played a pivotal role in millennia of fighting and served as Lawrence’s headquarters during the war. Now known as the town of Azraq, about an hour away from the Joint Training Center (JTC) and located within the Zarqa Governorate of this small Middle Eastern country, the castle is but one of many spectacles that tourists travel from all over the world to see.

Beside the obvious draws to the beautiful country, like travel to world wonders (Petra anyone!?!?) and Holy sites of Islam, Christianity, and Judaism, Jordan also is home to a kind and thriving population. The people are known for their hospitality and westerners may even have a hard time paying for their coffee from the local street vendors. The country has about 11 million residents and the population has been growing over the last several years. The turmoil within neighboring Syria (the main reason that the US government is there) has caused at times an exodus of refugees who are grateful to the generosity of the Jordanian people and government.

Jordan has a quickly growing economy and an ever growing US military and defense presence. As the US DoD footprint grows in Jordan, more and more military and civilian personnel are needed to staff the various functions that come with any permanent installation. That brings us to the ECW (Expeditionary Civilian Workers) program run by the Department of the Army and the other positions listed on USAJOBS.gov. Civilian personnel support vital roles such as technology infrastructure, Morale Welfare and Recreation (MWR) activities, legal support, public affairs, language, and much more. These critical roles also come with some pretty amazing benefits. Depending on the position, both the USAJOBS and ECW positions may be eligible for generous relocation incentives, post differential pay, overtime opportunities, and extra leave to go home as well! Postings can last between six to 12 months up to two years, giving ample time to see Jordan, meet the people and earn an excellent salary in government positions, anywhere between GS-09 ($47,097–$61,227 per year) to GS-14 ($95,973–$124,764 per year) pay scales.

Some people may be hesitant to work in the Middle East, especially veterans who have already had their taste of sandy areas. For anyone who has deployed to Kuwait, Iraq or Afghanistan in the past you will be met with a vastly different experience in Jordan. Most of the positions available are at the JTC about half an hour outside of the capital city of Amman. The base is quite new and modern with a major expansion opening just this year. The housing facilities are similar to extended stay hotel rooms with plenty of space for privacy. Around JTC there are many activities and luxuries such as the multiple cafes (one is two stories tall and has 360 degree views of the mountains), football and soccer fields, a pool and hot tub area with outdoor seating, and an extremely well equipped dining hall with freshly prepared meals four times a day. In the spring time vivid green grasses and a variety of flowers come out in the grazing lands near the city. The base itself has smooth paved tree lined roads with rose gardens bordering the entrance to the main facility.

Co-located on a Jordanian military base, you will have once-in-a lifetime opportunities to work with professional military forces in an array of capabilities. Arabic language classes are offered on the Jordanian base. Cultural events are a regular occurrence. People who work on JTC find fulfillment in the MWR center, the on base USO, and even an education center. Fitness buffs will be happy to know that there are two gyms on the base (one for cardio and one for weight lifting) as well as ample running areas. Within four hours of JTC you can visit Petra, the 8th Wonder of the World, scuba dive and enjoy the nightlife in Aqaba, or float the lowest point on Earth at the Dead Sea. Castles, the Holy Baptism site, and colorful bazaars are all day trips from the base.

With temperate weather (winter lows are around 40 degrees F and summer highs are in the 90s) and a dynamic work environment there is much to love about the Hashemite Kingdom of Jordan, the Jordanian people and the fantastic opportunities currently being offered up by the US government.

For more information or to apply go to USAJOBS.gov or search for opportunities with the Civilian Expeditionary Workforce. More information about ASG-J may also be found on Facebook by searching for “Area Support Group Jordan”.