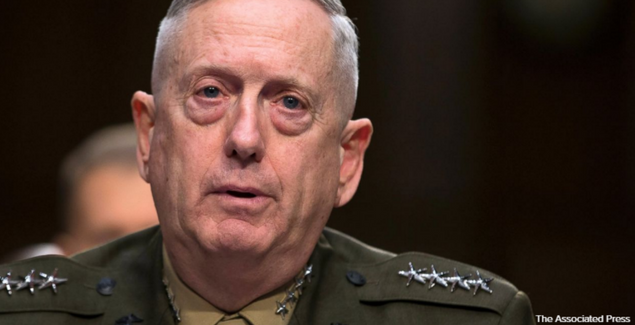 U.S. law states that a nominee for defense secretary must have been out of the active-duty military for seven years.

Mattis, 66, retired in 2013 after serving as the commander of the U.S. Central Command.

The requirement was originally set by law in 1947, when Congress established a minimum of 10 years out of active duty. It was changed to seven years in 2008.

But there’s a way around that restriction: Congress can approve a law bypassing it. That’s what will have to be done for Mattis.

A look at why the limitation exists:

WHY CIVILIAN CONTROL OF THE MILITARY?

Civilian control of the military is ingrained in American history and was set in stone in the U.S. Constitution, which decrees that the president “shall be the commander in chief.” It grants Congress the power to raise and support armies. Congress also has the authority to declare war, but as recent conflicts in Iraq, Afghanistan, Libya and Syria have shown, the U.S. military can wage combat without a formal declaration of war.

The principle of civilian control of the military is anchored in the belief in a balance of power. It sets the U.S. and other democracies apart from countries where militaries plot coups to overturn governments.

It ensures, said Spencer Meredith, an associate professor at the National Defense University, that the military is just one tool an administration can use in conflict so it isn’t fighting constant and even needless wars.

Presidents have rebuked military commanders who were seen as wading into political waters. Most famously, President Harry S. Truman fired Gen. Douglas MacArthur in 1951, during the Korean War, for publicly proposing wider action against the Chinese army than Truman considered wise or safe.

Of the 25 men who have served as secretary of the modern Defense Department, only seven never served in the military, including the current Pentagon chief, Ash Carter. One served only as an enlisted military member: Chuck Hagel, who received two Purple Hearts for his service in Vietnam.

Only one exception to the law requiring a gap after military service has been approved. Gen. George Marshall was appointed defense secretary in 1950 by Truman, who was looking for a highly respected leader to take over as the Korean war ramped up. Marshall needed a special law passed because he had not been out of the military for 10 years, as then required.

A Pentagon history says Marshall’s appointment was quickly approved, but questions were raised by some senators about a military leader holding a job intended for a civilian.

POLITICS AND THE MILITARY

The concern is that the candidate they criticize may one day be their commander in chief, whose orders they would have to follow. And leaders must maintain their credibility with the public and lawmakers from both parties so that they can provide their best advice without raising questions of political motives.

Loren DeJonge Schulman, a senior fellow at the Center for a New American Security, a Washington think tank, said the preservation of independent military advice and civilian control of the military are grounding principles for how the U.S. was set up and any move to make exceptions to the regulations should be weighed carefully.

Granting exceptions, she said, could lead people to question in the future whether a military leader is giving particular advice to curry favor with a particular party or administration in order to get an appointment down the road.