5 Great Modern Military Books You Probably Have Never Heard Of 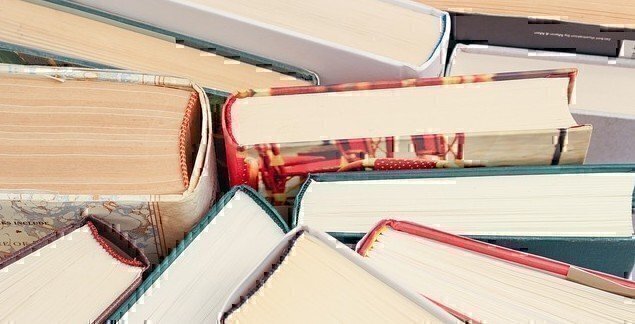 We all have our own reasons why we joined the military, and we certainly have great variations in our experiences. But the military spirit and the respect we hold for our brothers and sisters in arms will stay with us for a lifetime. There are some great books out there to help you experience that, and with each generation of veterans there are new stories to tell.

Here’s a sample of some great reads that will educate and interest, or at least make you swell with a bit of pride.

This memoir illustrates the experiences of infantry platoon leader Sean Parnell during their time in Afghanistan. Each member of his platoon is clearly characterized and given a wonderful sense of humanity beyond the sphere in the Army. Yet they are also characterized within the framework of combat and the camaraderie that arises from the stressors of the unfriendly Afghan countryside.

From Twenty-Nine Palms to her deployment in Iraq, Marine officer Jane Blair details her experience in combat and the Marine Corps. This is an apolitical look at one female Marine’s perspective while deployed to Iraq. Blair’s words have a magical quality that bring home both the tension of being female on the battlefield and the battle itself. All of it is delivered in an accessible and relatable tone. None of it is fluffed into a tale of heroism; it reflects the reality of daily life.

The Lion of Sabray: The Afghani Warrior Who Defied the Taliban and Saved the Life of Navy Seal Marcus Luttrell

This is the story of Mohammad Gulad, the lone Afghan man who saved Marcus Luttrell and how their fates entwined in 2005. Stemming from the well-known story of Marcus Luttrell’s Lone Survivor, this details the background of Pashtun tribesman Mohammad Gulad. I applaud the opportunity to discover and understand the values of Pashtun tribesmen and the ultimate humanity of two men from vastly different cultures who, at a crucial moment, found common honor.

Ashley’s War: The Untold Story of a Team of Women Soldiers on the Special Ops Battlefield

From the Cultural Support Team (CST) program of the Army, this is the story of 1LT Ashley White, as well as the little-known history of these female teams in Afghanistan. Named a 2015 Goodreads Choice Awards winner, Lemmon uses her journalistic background to tell the story of these barrier-breaking female soldiers and White’s death. It is certainly a story that exemplifies that “All gave some and some gave all.”

OK, so this one’s been around awhile, but I include it because it ranks high up there for giving Vietnam era troops a voice. This read is a collection of letters from American troops to their loved ones back home. These documents highlight multiple perspectives of the war in Vietnam, as well as the emotions of the troops. This is one of those books that I’ve come back to time and time again, and the biggest reason is the research. At the end of each letter Edelman provides what biographical information he could find, as well as the ultimate fate of the letter writer. These are raw personal words, often written by those not expecting to survive. Dear America brings, in the words of those who lived it, the full measure of relief, sorrow and inspirational strength of these families and their deployed loved ones.

There are so many great books that highlight the military experience told by researchers, historians and those who lived it. In the end, it is important that these stories are not forgotten. I hope this sample list brings something new to your bookshelf. Happy reading!