Is a Graduate Degree Worth It? 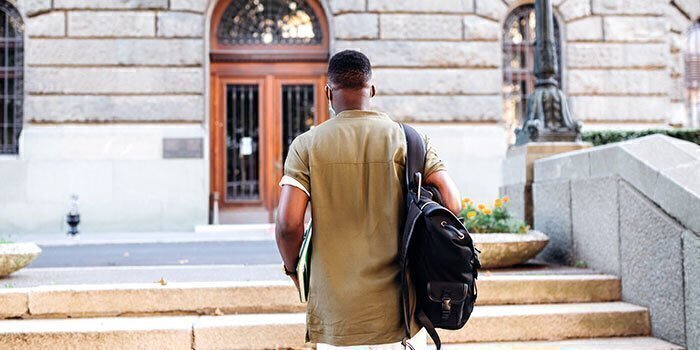 After at least four years of studies – maybe even longer  – and thousands of dollars, you may be asking yourself, “Is a graduate degree worth it?” After all, there is a great deal of  time, effort and money involved with pursuing a graduate degree?

The answer is, it depends on your goals, according to Daniel Rota, director of the Veterans Education Services Center at Robert Morris University in Pittsburgh, Pa., and a retired brigadier general. “Ask yourself what you are going to do with (the graduate degree). What is the field? For some fields, you can go do very well with a bachelor degree, but for others you need that master degree, or even a Ph.D.,” Rota says.

Many careers such as teaching in higher education will require a graduate degree, while for others in fields such as information technology, the degree may not be worth the time and effort, according to Rota, depending on a student’s needs, family situation and goals.

“There are also a lot of other benefits to graduate schools, such as networking, feelings of ‘wholeness’ and self-confidence, and other values,” he says.

Those with graduate degrees do earn more money overall and have lower unemployment rates, according to the U.S. Bureau of Labor Statistics’ Current Population Survey.

For many veterans, the graduate degree takes them to the next level.  A master’s degree can take you one step up and give you an extra edge. Plus, more and more jobs are requiring master’s degrees.

Some veterans think they need to pursue a second bachelor’s degree if they want to go into an entirely different career field than what their first degree is in. But it may be more beneficial to look at a master’s degree instead. You can often get a master’s in a different field with only a few additional courses and you have that higher degree.

Many veterans can also take advantage of the Post 9-11 GI Bill to at least offset some of the expenses of a graduate degree. And with the flexibility of many universities and their course offerings, including online classes, the time element may not be as big of a factor as it once was.