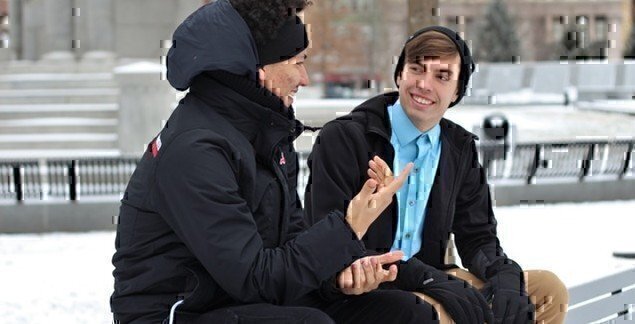 There is no shortage of funny stories of military-to-civilian misunderstandings and confusion that stems from using military terms in the civilian world.

These are just some of the terms military members use to define military life. Some terms are service-related, some are slang, but all of them can lead to some funny misunderstandings in the civilian world. One of the most interesting aspects of re-entering the civilian world is the culture shock (Read: Kick the Military Jargon to the Curb). You’d think we would be used to it. I mean, weren’t we all civilians before the military?

Here are some funny stories of military/civilian lingo mix-ups from fellow veterans:

Where’s your head at?

During a road trip, I made a pit stop. It was getting to be an emergency. I ran up to the counter slightly panicked and asked the young clerk, “Where’s your head at?” The poor kid was really confused, looked up to me hesitantly and replied, “On my shoulders?”

Excited to share with my grandmother my recent promotion to first class petty officer, I mentioned to her how happy I was that my husband frocked me. Embarrassed and confused, my grandmother turned red and asked, “He WHAT?!” When I realized what she thought I said, I had to quickly explain what the word “frocking” meant in the Navy.

My co-worker asked me if “blue falcons are pretty.” No, no they are not.

I texted a friend “as1” to let her know I needed a minute before I left to meet up. She thought I made a typo but had called her a name. She was fuming. It took a few minutes a couple of laughs to make her understand “as1” means “wait one minute.”

Ever since I started college post-military, I tend to call campus “base” and the cafeteria “the galley.” No one understands but my fellow student veterans.

I’ve called class “formation” more times than I can count.

The other day I spotted one of my professors walking between classes. As I passed him I said, “Good afternoon Sir.” It just came out naturally. Good thing I wasn’t outside; I may have tried to salute him, too.

Explaining to a friend the finer points of building a fence, I stressed the importance of the corners to rest flush against each other to create a clean line. He had a funny look on his face and asked, “Flush? Like a toilet?” Doh!

The struggle is real!

Are you ready to transition? Find out: Transition Readiness Quiz