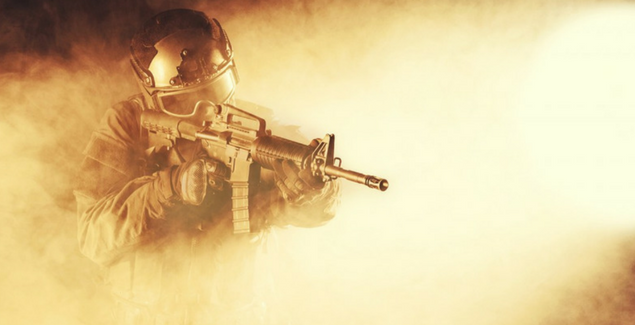 Jen Sharp understands risk. She routinely harnesses first-time skydivers to a parachute system and falls out of an airplane with them. As they plummet toward the ground at 120 miles per hour, Sharp is responsible for controlling the fall and deploying the parachute. “It’s like you’re flying,” she says. “You feel very powerful and very vulnerable at the same time.” After opening the parachute, she maneuvers herself and her student safely to the ground.

Helping students during a jump and successfully giving them their first skydiving experience is just part of the job for Sharp, a skydive instructor in Osage City, Kansas. Before each jump, Sharp checks the weather, readies the equipment, and teaches her students about proper jumping procedure. “We prepare so much,” she says, “but in the moment, you just have to act. That’s an intense, fun part of what we do.”

People like Sharp are drawn to the high-intensity careers described in this article. Keep reading for data and more information from the U.S. Bureau of Labor Statistics (BLS) about the job outlook, typical entry-level requirements, and pay for some of these occupations.

Across all occupations there is the possibility for intense situations. But in the occupations described here, the chances of encountering them are high. And in many cases, lives or property are at stake.

Uncertainty is also a given, as workers rarely know exactly what will happen next. “With a flick of the switch, everything changes,” says emergency medical technician (EMT) Frank Wagner of Elizabeth, New Jersey. “Everything can be perfectly normal one minute, and then it’s not.”

Charts show 2014–24 projected job openings for selected occupations. These openings are expected to arise from the need to replace workers who leave an occupation permanently and from growth.

Every city and town needs workers to keep the public safe and maintain law and order. And doing so, at times, is risky.

Firefighters. Whether rushing into a burning building or acting as first responders during medical emergencies, firefighters perform a variety of challenging tasks.

Police. Police are always on the lookout for trouble as they patrol areas for signs of criminal activity, respond to calls, and arrest people suspected of breaking the law.

Security guards. These workers monitor for theft, terrorist acts, and other illegal activity. Security guards may experience intense situations when called on to enforce the rules.