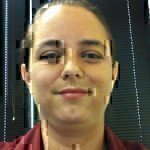 Program Type/Area of Study: Bachelor of Science in Business Administration with a concentration in Business Management

I’m a 14 year Navy veteran who joined at the Pittsburgh MEPS in 1999. I have served on 2 different ships: USS Safegaurd (ARS-50) and USS Pearl Harbor (LSD-52); 2 shore bases (NB 32nd St San Diego, CA and NB Sasebo, JA); 2 special duty assignments (Cleveland MEPS and NRD Ohio); and finished my last 2 years attached to my one and only squadron VFA-213 Black Lions NAS Oceana.
During my enlistments I was a single parent for the first 8 years. Then I met my now husband, who just retired from the Air Force after 24 years. We got married and had our son while I was on recruiting duty. Then since I didn’t make E-6 by my 14 year mark, they involuntarily separated me at 13 years, 11 months, and 23 days, but who’s counting.

The reason that I started attending school was due to the local area employment. Even though the applications kept saying a 4-year degree OR 4 years experience, what they meant was a 4-year degree AND at least 4 years experience. Ever place that I tried to apply to all wanted a Bachelor’s Degree or some type of certificate that I didn’t have. I could have changed my search and just gotten a JOB, but what I really wanted was my CAREER back. So after receiving my third call from a potential employer asking if I had any certificates or degrees, that’s when I decided that it was time to go to school and get my degree.

Why did you choose ECPI University?

The main reason that I choose ECPI University overall of the other schools was due to the fast pace that you could get a degree. Now during Taps someone, who talked to the whole group, told us not to go to ECPI . But when I went down to Navy College to find out more about the local Colleges, the only college that still had a representative there was ECPI. She was able to answer all of my questions that I had about going to college. Not just about ECPI, but just college in general. So then afterwards I asked what ECPI has to offer and she explained the different programs that the school has and how the classes work. I was hooked after that.

I am currently using the Post-911 GI Bill to get my degree. After I’m finished I will still have six months left that I can use to take some additional course that will help me get an additional leg up on my competition and make me more marketable in the work force then the average student.

At first I was really nervous about attending college. Not only was it going to be new, but I wan’t sure what to expect from the other students in the class. I was so afraid that I would be surrounded by nothing but 18 yr olds who were straight out of high school and they would be looking at me like I was their mother or something. But after the first term all of the nervousness disappeared. This last year I have met some of the most intelligent and inspiring people that this world has to offer. People from all walks of life, young, old, military, spouses, true professionals, entrepreneurs, and yes even some really amazing high school students. This school truly does challenge you every step of the way to do your best and never give up. Not a day goes by that I regret not coming here sooner.

One of the main challenges that I had was letting other people take control of a project that we had to complete as a group. Now most of the time there wasn’t any worry, but there is always that one person who just wants to go along for the ride. I could not get over the me-me-me attitude that I was seeing in the other students. I drove me nuts while I served to see anyone acting like that.
But at least then I could do something about it. Once your out you have no control of other people’s actions. The laziness and disrespect that I saw in other students was also a hard pill to swallow. But now, those are also the students who dropped out a long time ago because they couldn’t handle the pressure.

I very much believe that my military experience has tremendously helped to me to be one the best students on campus. I don’t think that I would be doing as well if it wasn’t for my military background. The discipline that we learn while we serve helps us to stay focused on the goal and to have the knowledge to know how to reach the goal. Plus it helps us to recognize the ones who truly want to be in school and those who are just barely getting by and don’t really care about the course, or their future for that matter.

The best advice that I can give my fellow veterans is to stay focused and ask questions if you aren’t sure what to do. Someone there will know the right answer. Nothing can happen in class that we haven’t already seen somewhere else. In fact, some of the things that we learn in class are things that you might wish that you would have known while you were in.
Seek out other fellow veterans and work together to help each other out. The brotherhood and sisterhood still exists outside of the service, no matter what branch, a veteran is a veteran no matter what.

ECPI University to me is like going through any fast paced military school that I have ever been through. So to me is was a perfect fit. I felt that I had already waited long enough to get my degree, I wasn’t about to have a wait 5 more years before I get my degree. Not when I can get my Bachelors of Science Degree in 2 1/2 years and start working in the field that much quicker. My peers have long finished their degrees and I’m not about to be left behind any longer then necessary.

Throughout this entire experience I can honestly say that I don’t regret any of it and
that I’m ready to start a whole new chapter in my life.