Dos and Don’ts of Asking for a Raise 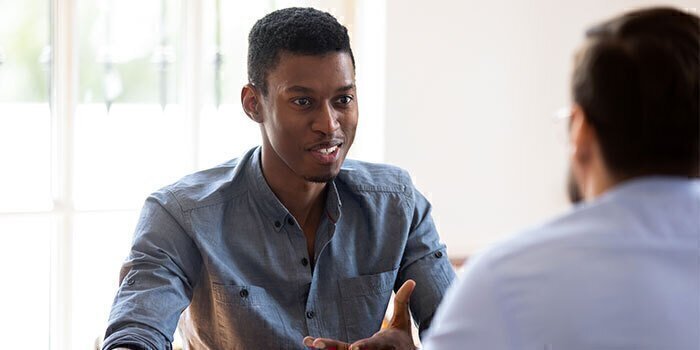 In the military your pay is determined by your grade or rank, also known as your pay grade.  Raises in pay are given upon promotion to the next rank.

Asking for a raise in pay is out of the question because the government determines how much each rank will receive.  However, in the Private sector hourly or salaried employees who have a set pay scale can ask for a raise but it can be a risky move especially if there are underlying concerns that management is factoring into the budget.  Knowing the economic climate as well as you companies current growth rate should definitely be considered before you approach your boss for a pay increase.  This doesn’t mean that the subject is off-limits.  Not asking for a raise can have a significant negative impact on your long term career goals so speak up.  Here are a few things to consider as you plan your pitch for a more impressive paycheck.

Do: Schedule a few minutes with your supervisor vs walking into his / her office and announcing that you want a raise.  The meeting does not have to be formal, just a few minutes to discuss your request.

Don’t: Threaten your boss with another job.  This means “I’m quitting” and your supervisor will definitely see it that way as he prepares to replace you.

Do: Acknowledge awareness of your company’s current economic challenges.  If the business is in recovery mode let your supervisor know that you understand but that you hope that there is room to negotiate.  Addressing this from the beginning lets them know that your request is not coming from selfish motives.

Do: Be prepared to justify your reasons.  Chances are your supervisor already knows that you have increased sales but saying it again is just part of the game as you sell yourself much in the same way you did when you interviewed for the job.

Don’t: Pitch your request during a meeting.  Moving the conversation from sales figures to your pay increase is never a smooth transition.

Do: Have other options on the back burner.  Don get discouraged if you hear “no”.  You already knew that that was a possibility and it is always best to end the meeting by saying, I appreciate your time and I hope we can revisit this again in a couple of months”.

Don’t: Tell your boss you should make what they make.  If you are doing what you are supposed to be doing then you are doing your bosses job so that they can focus on how to grow the business.

Do: Ask for a raise after a big accomplishment.  :Timing is everything and it might be an ideal time to ride the wave of your success by asking for a pay increase.

Don’t: Whine about personal problems.  Everyone has problems and you are no exception.

Do: Time your request as part of a good performance review.  If you think that your review is going to be good then be prepared to ask for a pay increase during the meeting.  You may be pleasantly surprised to find out that a pay increase has already been scheduled for you.

Don’t: Ask for a raise during a bad performance review.   Thiswill make you appear only concerned about your paycheck rather than how to do your job well in order to earn more money.

Do: Be open to goal setting.  Some supervisors may initially refuse a request for more pay but may however set goals for you to reach which can lead to higher salaries.

Don’t: Ask for way too much.  Such a request would just be dismissed as excessive and would only serve to paint you as greedy and out of touch with reality.

Time frames for asking for a raise range anywhere from three months to one year and beyond Ultimately the decision to ask for a pay raise is one that only you can make.  If you feel that the time is right and that you have paid your dues by helping to keep your company moving forward during one of the country’s most challenging economic times then consider the tips that were mentioned above.  Be positive, plan you move ahead of time and remember if you are worth the extra money you will get it.