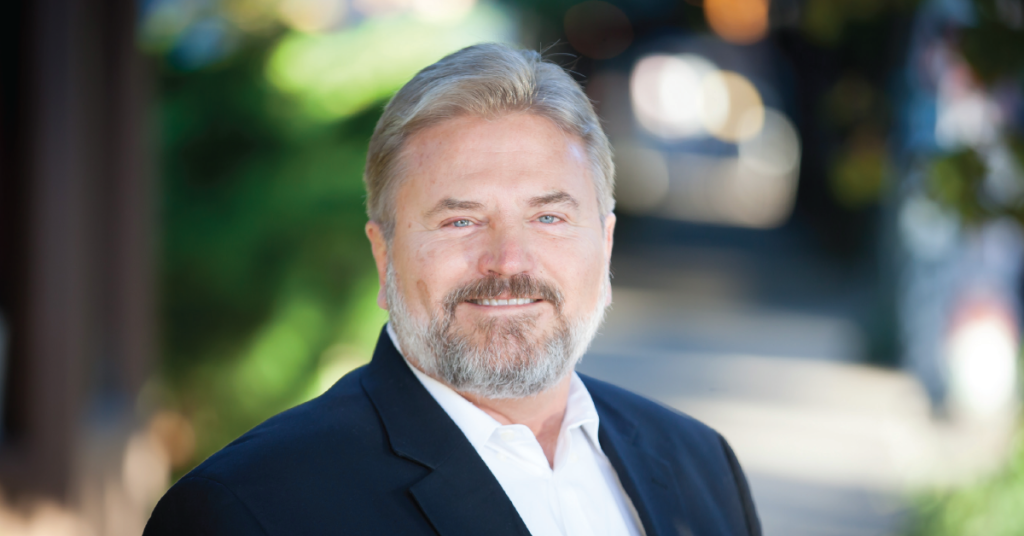 Salute Mission Critical provides global data center services to businesses in 102 countries and counting. From deployment through operations and maintenance to decommissioning, Salute serves as a mission-critical partner for ongoing operations and discrete projects. At the center of his business plan are the veterans and military spouses he trains for his dedicated mission-critical teams.

Kirby attributes his innovative business model and its success to two things: his experience in the military and his formal education. He enlisted in 1976, balancing a successful military career for 36 years before retiring at the rank of colonel. Kirby also has an MBA from the University of Washington, with further studies at Henley School of Business in London and Stanford University.

“Twenty percent of typical veterans with one to two combat tours were unemployed and considered unskilled. I wanted to change both the employment situation and the perception of skill. There’s no such thing as an unskilled veteran.”

Kirby started out as infantry and advanced to Civil Affairs in the Army Reserve, which required a lot of travel. His experience gave him a window into what veterans go through when transitioning back into civilian life. The frequent travel provided him with insight into what military spouses endure every time they follow their partners to a new location.

“I was lucky. When I first got out of active duty in 1980, I found a job in technology and rose up through the ranks there,” he said. “So, I had a career that, once it started getting interrupted with my deployments, I could come back to. There were always consequences to it, but I had a lot of colleagues that had deployed with me and had lost their small businesses and had to restart.”

Seeing so many veterans in the unemployment line as the US emerged from a recession back in 2012 convinced him to shape his business model around this demographic. “Twenty percent of typical veterans with one to two combat tours were unemployed and considered unskilled,” he said. “I wanted to change both the employment situation and the perception of skill. There’s no such thing as an unskilled veteran.”

Military men and women learn valuable skills that translate to the civilian world, making them valuable assets to any employer. Leadership training, professional development, how to communicate effectively, how to manage others—tactical, operational, strategical—give you an edge with employers, Kirby said. Military spouses learn resilience and make excellent project managers, Kirby said. His organization partners with the US Chamber of Commerce Foundation on its Military Spouse Fellowship as one of its many outreaches to military spouses.

Salute Mission Critical’s development team spent a year creating a business model before launching. They explored going the nonprofit route, Kirby said, but quickly realized it would be difficult to gain industry experience as a nonprofit because of the competitive environment. “So, we decided to bootstrap (Salute Mission Critical) as a for-profit with a purpose-type company.” They put feelers out with some key market influencers to gauge whether there was a market for their model and discovered it was on point for success.

“Our industry is growing so fast there’s a need for talent and disciplined labor is in shortage as well,” said Kirby. “My thought was to leverage all of the thousands of dollars of hours of training we put into veterans and just teach them new skills.”

Every member of the military serves in a capacity that converts into the data services industry, setting them up for success in the civilian world. Using the infantry as an example, Kirby said the misconception is all they are trained to do is move, shoot and communicate. “But to be able to move, shoot and communicate, they’ve got to maintain their weapons systems, their vehicle, their communication sphere,” he said. “That’s maintaining technology, and I can take that infantryman, put him into our program, train him on new equipment that they’ll follow the same type of procedures they did in the military, and very quickly, they’ll become a data center technician with a career that can grow to limitless proportions.”

Very much like the military, the Salute Mission Critical training program takes new recruits from no experience to competency within 12 weeks. “What we’ve found is a lot of people come in with a lot more skills than they realize because their resume usually focuses on their MOS or AFSC. But there is so much behind those that people don’t look deep to find out that they were doing things that apply that could very easily be transitioned.” Some trainees can be productive within a week while others need the full 12 weeks to ready themselves for a mission critical team.

The training never stops at Salute Mission Critical. It’s really a workforce development strategy that takes them throughout their entire career, much like the military, Kirby said. “The supply chain is intact, and it also sets up the process for a long-term sustainable means of supplying good personnel to this industry.”

His business plan has been so successful that Kirby said he’s willing to share it with other businesses that want to model his success. Starting with the end in mind, organizations can decide what skills they need this year and moving forward, then start to set up the supply chain in their business models. “There are 200,000 veterans a year coming off active duty. The pool is rich with talent. If people get good training and transitional programs in place, they can solve (worker shortages) themselves and fix their problem sustainably.”