Dealing with Personality Conflicts on the Job 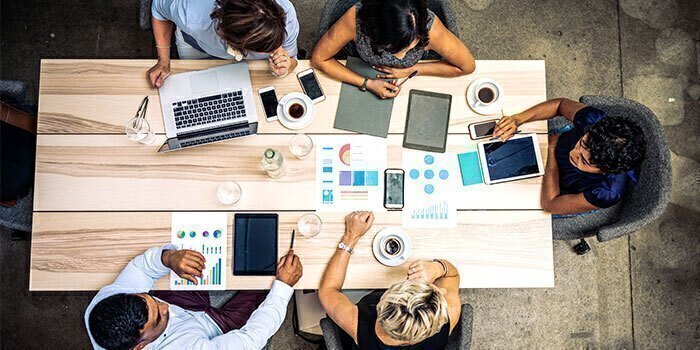 With the wide range of cultural diversity in today’s workforce, personality conflicts are inevitable unless you work in a job that completely cuts you off from contact with other human beings. Dealing with personality conflicts might not be as hard as they were in in the military – at least you don’t have to deploy with your civilian co-workers – but they still need to be addressed.

Workplace conversations, memos and presentations require a basic set of communication skills, which are usually automatic and require minimal thought to perform. However, when dealing with personality conflicts it is necessary to consciously focus on specific communication skills that can actually resolve the problem. Major issues must be overcome when dealing with personality conflicts at work in order to preserve a productive environment. Avoiding someone or leaving the situation may not be possible and you are going to have to resolve the conflict for the safety of your job.

The five most common types of personality conflicts in the workplace are:

Interdependence. Having to rely on someone else’s cooperation in order to get your job done. For example, a member of your sales team is constantly late inputting monthly figures, causing you to be late producing a branch sales report.

Differences in Style. Your preferred way of getting the job done is different from that of your co-worker. For example, you would like to complete a task as quickly as possible (task-oriented), but your co-worker wants to get everyone’s input on how the job should get done (people-oriented).

Leadership Differences. Differences in the way leaders relate to their employees can confuse and irritate them by having to shift back and forth between different styles. For example, one leader is more open and inclusive, while the other is more directive.

Personality Clashes. These types of conflict can be the most volatile and are usually fueled by emotion involving a perception about someone else’s motives and character. For example, a team leader openly criticizes a team member for being late and views him as being lazy and disrespectful. The team member on the other hand sees the team leader as out to get him because he is not a favored employee.

If you do not get along with a co-worker, it is inevitable that a dispute will occur. When it does, you must stay professional at all times. Don’t point the finger at someone else. By remaining rational you may be able to turn the situation around.

Learn to listen and ask questions to get to the root of the problem and vow to work together to make things right. If your worst enemy is working on a project with you, use it as an opportunity to come together. By sharing a positive work experience, you may be able to put some of the bad feelings behind you.

Don’t run to your boss every time one of your co-workers screws up. If you can talk through the problem with them, you may be able to avoid supervisor interaction. If you can’t resolve the issue together, then always use the proper chain of command to avoid rubbing people the wrong way.

Watch your written communications and emails, which can be taken the wrong way if not carefully worded. Avoid sarcasm or putting statements in all caps with excessive exclamation points, which is known as screaming in an email. To avoid petty email exchanges, learn to try to talk things out face to face.

In extreme situations, resolving conflict may involve a third party mediator. Experienced human resources advisors are trained to deal with these types of conflicts and at some point it may be necessary to get them involved.

Finally, strive to work well with all personality types so you can all get your jobs done in a professional manner. The best solution for conflict resolution is to avoid it in the first place.