The Days of Military Bands Could Be Numbered 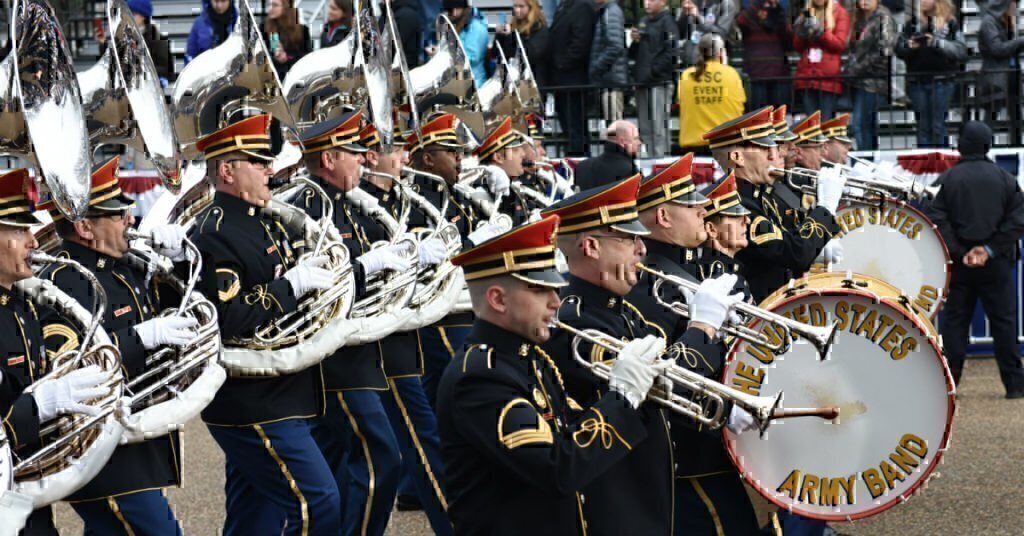 The government’s main auditor wants each of armed service branches to prove how military bands accomplish the stated objectives of inspiring patriotism and raising morale.

Military bands have declined over recent years during funding drawdowns and some attacks from fiscal hawks, but a few of the services have actually increased spending on bands while band rosters shrink, according to the Government Accountability Office.

“The military services have not developed objectives and measures to assess how their bands are addressing the bands’ missions, such as inspiring patriotism and enhancing the morale of troops,” the GAO wrote in a report released August 10.

Military bands have a long and distinct tradition in the US that the GAO admits is difficult to quantify. They are part of the military’s outreach to communities, playing in parades and for patriotic holidays and events. Several recruiters reported an increase in queries about joining the military after a band played for a school.

Bands have a civic function in performing at presidential events, and a diplomatic function in playing for foreign leaders, both in the US and abroad. The Navy told the GAO that bands can also be “an initial step towards improving relationships with foreign nations.”

All those approaches to proving the value and effectiveness of military bands “do not include measurable objectives nor exhibit several of the important attributes performance measures should include,” the GAO said.

The services the GAO contacted for its report stressed the difficulty of creating metrics to measure increased patriotism and troop morale from military bands, but the GAO says that through surveys and focus groups, the military could quantify how military bands achieve their mission.

All that would take resources, the band leaders told the GAO, which is part of why military bands are under fire in the first place.

The Pentagon spends about $437 million a year on the 137 bands throughout the five military branches. Even though that’s a fraction of the military’s $1.11 trillion budget, some in Congress think that money would be better spent elsewhere.

Most of a bands operating cost goes to travel, and the remainder goes to buying top quality instruments. The Air Force found a $75,000 Gagliano cello last fall that it determined was the only acceptable instrument for musical missions.

“After playing over 50 similar instruments, this is the only one that meets the rigorous demands required by USAF band,” the Air Force said in the contract solicitation. “This world-class instrument is an ideal choice for members of The USAF Band and the demanding standards required for our daily mission preparation and execution.”

Military bands have declined in size in every service since 2012, which has mostly led to reduced cost. Overall, the Air Force and the Navy, however, spent more on bands in 2016 than in previous years.

“The Navy and Air Force reported that their total operating costs for bands over this period increased by $4.1 million and $1.6 million” respectively, the GAO reported. Band costs for the Marine Corps, Army, and National Guard decreased during the same period by less than a million for each service.

The Navy attributed the $4.1 million increase to inadequate band funding between 2012 and 2014, and one-time costs like a $749,000 renovation on the band offices in 2016. The Air Force said that local commands are now responsible for their funding, “so bands may have had unique circumstances that led to increases in costs over time.”

Military bands will face more scrutiny for years to come. The defense spending budget for the remaining 2017 fiscal year asked the secretary of defense to “ensure that only the critical functions of military bands are supported while minimizing impacts on funding for essential readiness, military personnel, modernization, and research and development activities,” Military Times reports.

The GAO noted that as it conducted the review, Pentagon officials met with military bands and officials to “establish standard metrics to collect on events performed by bands.”

This article was written by Thomas Phippen and originally appeared on DailyCallerNewsFoundation.org