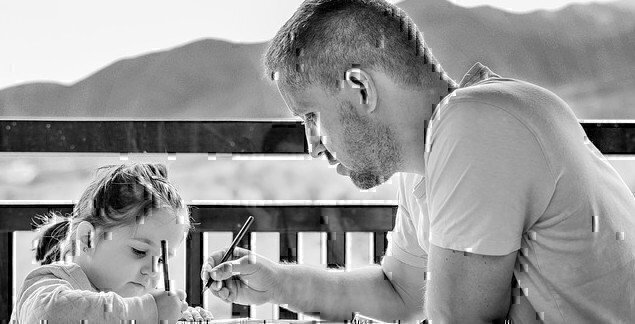 Even under the best of circumstances, college isn’t easy. It isn’t supposed to be easy. It’s supposed to train and challenge you, to force you to grow and widen your view of your field and of the world.

There are many ways in which life can take that challenge and ratchet up the difficulty level. I won’t say having kids is the hardest possible complication you could have while in school, but it’s sure as heck not the easiest.

My adventure in getting a degree with two young kids was difficult and sometimes overwhelming, but it was also incredibly rewarding. Here’s a few college study tips for veterans with kids from the vaults of my own experience.

Raising kids while you’re trying to use your GI Bill benefits to power through school is a stressful endeavor. It’s made even more stressful the more kids you have, and the younger they are.

For me, the good news when I got out of the Navy and started in school was that I only had two kids to contend with. The bad news was they were seven months and a year-and-a-half old. It doesn’t take a nuke to understand that lack of sleep, constant feedings and diaper changes, and infernal wailing at all hours of the day and night is not a recipe for the calm, focused mindset that makes for the most effective learning environment.

That brings me to my first suggestion: Get out of the house.

Especially with young kids, there is likely just going to be too much activity at times to keep your mind clear, and a clear mind is essential for maximizing study time, reading comprehension and independent thinking.

Sometimes, it’s as simple as leaving for class a half-hour early so you can sit in a silent room for a few minutes and prepare your mind for the deluge of ideas that are about to come flowing in. Alternatively, you can just zonk out on the desk, which is actually my second piece of advice: Get sleep where you can.

That means that if you’re a parent in college, you’re probably not sleeping very much. So if you can find a tiny moment where everything is quiet and there are no pressing needs in your life, consider whether or not catching up on a little bit of sleep is worthwhile.

Luckily, I’m talking to veterans here, so I know for a fact that you know how to sleep when, where, and however you need to. That little bit of extra sleep can make all the difference on test scores, and helps avoid embarrassing situations where your head loudly smacks into your desk in the middle of a lecture.

When it comes time to study, or especially to write papers, do what you have to do to get a place of your own, specifically a place with a door.

Some people swear by studying at coffee shops, but it seems like madness to me. I suppose people talking in the background is better than listening to a wailing baby, but that’s where the door comes in. It really doesn’t have to be all that much. I once used an oversized closet for an office, and it worked fine because I could close the door when I needed to. It was actually much more effective than if I’d laid out a massive desk in the living room.

Space is nice, but being in the middle of everything guarantees that not only are you going to get the brunt of the commotion, you’re probably going to get pulled into parental duties too. It’s easy enough to suggest you should just say no, but good luck denying your beloved child when she says, “Daddy, can I have a dwink?” because you need to study your calculus. It’s not going to happen.

Also, consider your options with childcare. Not everyone is as lucky as I was to have a spouse at home to switch out with, but if you make up for it with child care it can be hugely helpful.

I know that paid childcare can be expensive, maybe too expensive to afford, but if there’s any way to do it, or even to lean on friends and family, it can make a major difference. If worse comes to worse, consider tapping a classmate to watch the kids for a bit.  Remember, many fellow students are young. They might think 20 bucks is a lot of money. In my case, occasionally getting a day or two of part-time child care allowed both my wife and I to put a few hours of dedicated work into our academics that we wouldn’t otherwise have had.

You’d be amazed at what a motivated veteran/parent/student can do in even four gloriously uninterrupted study hours a week. Mountains can be moved. Tests can be passed. Sleep deprivation can be partially reversed.

My last piece of advice is to be meticulous.

In all likelihood, you are going to be strapped for time. The last thing you’ll need is to be racing around trying to figure out what is due and when. My strategy was to keep a central document where I’d copy down every single assignment on the first day of class, and arrange them by week. That way when I started the week I knew exactly what was coming up at all times.

Some people use calendars or computer reminders or their own distinctive systems. Experiment with what works for you. After all, a couple minutes of setting up a system is nothing compared to the semester you could lose if you accidentally forget that, oops, your term paper was actually due last week.

If you’ve got young kids and you’re trying to improve your career and life with a degree, you are doing something that is hard, but completely worth it.

It may seem like graduation is far in the future, but take solace in the fact that you will be so mind-numbingly busy that four years will go by in a flash. Also, know that there are millions of us who somehow managed to do it before you, and you’ll get through it too. Now, don’t you have a diaper to change or something?

READ NEXT: 6 Veteran Scholarships You Need to Take Advantage of Now