Chief of Staff Kelly Has Strong Comments On Military Service 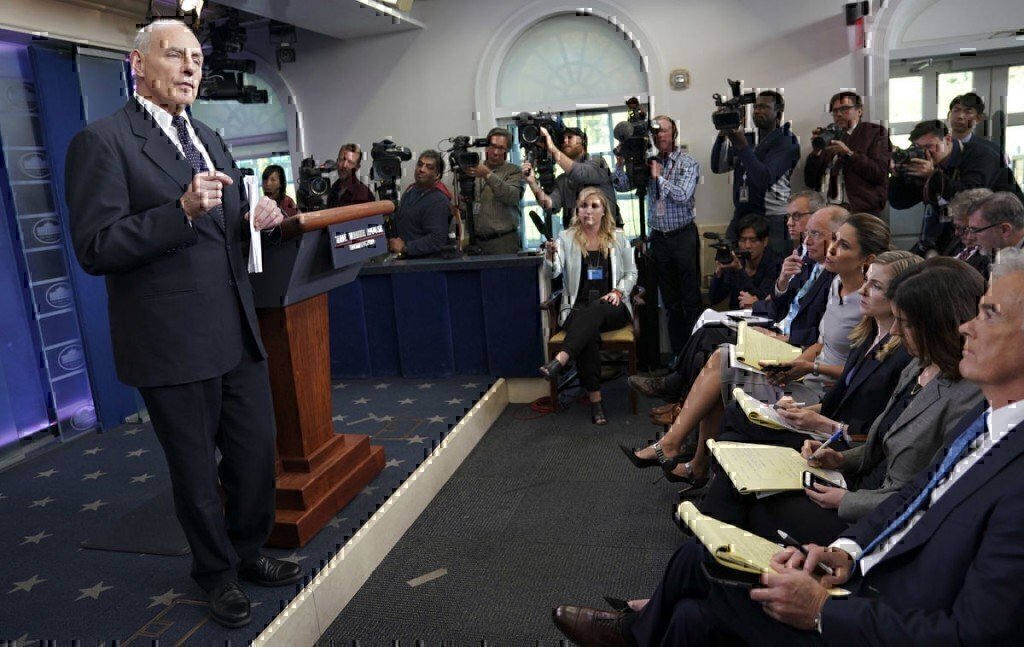 Kelly, who is a Gold Star father, gave details on the process of how parents are informed when their child is killed in combat and ripped into Rep. Frederica Wilson (D-FL) for starting the accusations and therefore dragging the somber moment into the political arena.

“It stuns me that a member of Congress would have listened in on that conversation — absolutely stuns me,” the retired general said.

Before Kelly left, he wanted to make sure the White House Press Corps was acutely aware of what was happening at that moment. Young men and women are in harm’s way on behalf of the nation, not because they have to, but because they want to:

“As I walk off the stage, understand there’s tens of thousands of American kids, mostly, doing the nation’s bidding all around the world. They don’t have to be in uniform. You know when I was a kid, every man in my life was a veteran, World War II, Korea, and there was a draft. These young people today, they don’t do it for any other reason than their selfless sense of selfless devotion to this great nation.”

“We don’t look down on you that haven’t served,” Kelly added. “In fact, we feel a little bit sorry because you’ll never have experienced the wonderful joy you get in your heart when you do the kind of things our service men and women do.”

“Not for any other reason than they love this country. Just think of that. I do appreciate your time,” he concluded.

This article originally appeared on AmericaFlashNews.com