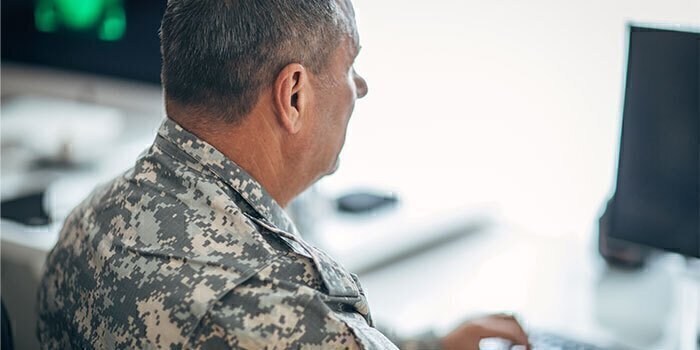 Mid-level and senior military members face unique challenges when transitioning to civilian employment. These individuals have completed 20 or more years of service, in some instances close to 30 years in uniform – more time than they spent as civilians. For them, military culture is their norm.

Suddenly they are dealing with people both personally and professionally who have a civilian mindset – one that the career service member left behind some 20 or 30 years before. Senior veterans are given assistance in getting a job, applying for benefits and creating a resume, but there is no guidance when learning how to transition from the military to a civilian culture. Some have difficulty their entire lives trying to fit in to a culture they just don’t understand or comprehend.

I have had many conversations with my wife’s grandfather, a veteran of three wars who retired after nearly 30 years of service. He ran his own business after exiting active duty and often expresses his frustration when having to deal with people who do not honor their word. To this day, he has never really learned to how conduct business with civilians due to a mistrust of how he perceives civilians. In the military, failing to follow instructions or not doing what you say you are going to do could have serious consequences. But in civilian life, people routinely break their word. Trust is rarely, if ever, an issue in the military. But in civilian life, trust must be earned before it is given.

Senior military members can have difficulty just hearing the word “no”. A Marine Corps lieutenant colonel questioned by Christy Rutherford, a senior military transition specialist, was asked what he would do if he asked an O-3 to do something and was told “no.” His answer: “There would be serious consequences and repercussions.” He was then asked what he would do when he retired and went to work for a Fortune 500 company and an employee who worked for him said “no” after he asked them to do something.

Rutherford: There is no protocol.

LtCol: What do you mean?

Rutherford: You would have to get that person to complete the task.

LtCol: What do you mean? Silence…

The lieutenant colonel, who spent 29 years in the Marine Corps, has not asked someone to do something for more than 20 years. It is a direct order; do it or suffer the consequences.

To understand how civilians work and interact, transitioning mid and senior level military members who have spent most of their adult lives in the military need to make a fundamental shift in their ideology. This requires a genuine interest in others and a desire to make a full effort to integrate back into civilian society. Reading “How to Win Friends and Influence People” is a must read for transitioning mid-level and senior military.