Bad Advice About Transition You Should Ignore 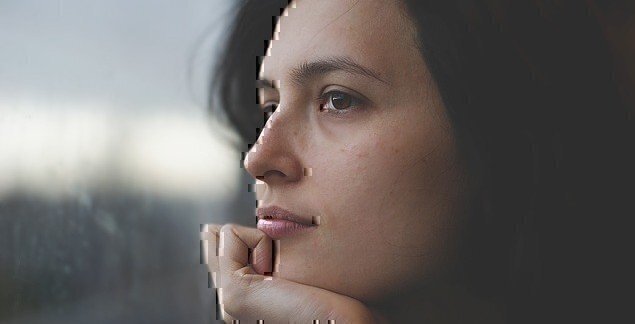 If  you’ve contemplated transition, you’ve probably heard that civilian life is paradise compared to the service: lots of jobs, lots of accolades, and a natural superiority to your civilian colleagues.

You may have also heard the opposite: that civilian life is as nasty as the civilians that inhabit it, and it’s a cold and ruthless job market where nobody cares about your service. In fact, probably everyone who knows that you might get out has an opinion on it.
Here is some common bad advice that you should ignore.

“Worry about getting a job when you’re out!” This advice comes in two flavors: 1) your NCO, admonishing you to focus on your job as a service member until you no longer have those responsibilities; or 2) your buddies, who are used to using all the meager free time you get in the military lifestyle for being social. Either way, it usually starts right when you decide that you aren’t going to re-enlist or that you’re going to resign your commission, and if you’re not careful it will become a habit.

The reason it’s bad advice is because finding a job you like can often take months. Some of that is figuring out what job you actually want – it’s not uncommon to read a job description and think, “This sounds great!” then find out in an interview that you’re not interested. Also, know that employers do not keep positions “on call” for qualified candidates. Often it’s weeks, sometimes longer, before you receive a call-back after submitting a resume. If you start your search too late in your transition,  you may face unemployment after your terminal leave runs out, which may in turn cause you to take any job just to stay employed. And it’s harder to search for a good job when your time is spent in a bad one.

The reality is that most employers don’t schedule jobs in advance, either, so you probably won’t get your application or resume taken seriously until you are done with active service. However, showing interest in a company and getting information makes the odds of you getting a quick response much higher – so when you apply where you want to work the day after you sign your DD-214, you’re much more likely to have a job before you’re standing in an unemployment line.

“Just tell them you’re in the military!” It’s a common and pervasive myth that plum jobs are waiting outside the service for veterans post-transition. It’s certainly true that employers love hiring veterans on the strength of their integrity and dedication, forged in the adversity of the military, but the possibility that you’re a great guy or girl does not trump an employer’s need for qualified applicants.

Many soon-to-be veterans look at job descriptions that contain buzzwords like “team player,” “cross-functional,” and “travel” and think it’s obviously a perfect fit for them. Unfortunately, they usually gloss over other requirements like “must have X years experience” and “demonstrated success solving Y kinds of problems.” To look attractive for any job, you must show on your resume (and in your interview) that your military experience – whatever it is – suits you for the job position. When you convince an employer that you are just as qualified as civilian competitors, your veteran status becomes the proverbial icing on the cake to get you the job.

Also note that many veterans these days are in transition, and often seek out the same kinds of jobs. Odds are that you’re not the first combat vet an employer has seen, and the shine may be off the apple. The same advice applies: take the time to learn the job requirements and prove you meet them in their particulars, and your veteran status will make you more attractive. But acting as if your prior service is enough borders on entitlement, and no employer wants to hire an entitled employee.

“You don’t need to worry; you can do just what you did in the service!” There are many military jobs that have close civilian equivalents. Communications and electronic systems maintenance (like avionics) in the military is much like the IT industry; combat arms transitions easily into law enforcement; equipment and vehicle maintenance is like being a technician or a mechanic. However, not all military certifications carry over to the civilian world (though it’s more common than it used to be), and often companies will only accept civilian accreditation – either for liability reasons or because they know what they’re getting. There are other wrinkles, too: in some states, working a trade requires union membership, or jobs may require secondary qualifications in first aid or safety, or you may have to undergo required training.

If you plan to transition to a job like you had in the military, starting the process early can give you a big advantage. Military bases often offer civilian certifications free, and certification courses usually have military discounts (which may expire when you’re out). Also, if you plan to use GI Bill money to pay for trade courses, it’s easier to navigate the system with the support of on-base resources. And researching job requirements when you have time and the advantage of being in the military means you can exit the military with more qualifications than your civilian counterparts.

“It’s going to be a really hard adjustment.” Transition is not as hard as some make it. Your transition classes provide a great deal of information and resources for building resumes, exploring jobs in the federal service, and finding Military Friendly Employers. Your old military habit of courtesy will make a good impression on employers you meet. And you’ll find that civilian life isn’t really all that different from military life: there are early wake-ups, unexpected situations, strict hierarchies, and detailed performance reviews.

Many veterans miss the team they had in military service, and it’s likely you will grow nostalgic, too. You’ll forget the adverse conditions and remember the sense of belonging and fellowship you had in the military. But you may not miss the stress of danger, the deployments, or the feeling that your life is not your own. Life after transition can feel pretty cushy compared to time in service. As long as you don’t expect a free pass, and work at being a civilian as hard as you worked in the military, your transition will be smooth, successful, and take you to a better place in your career.