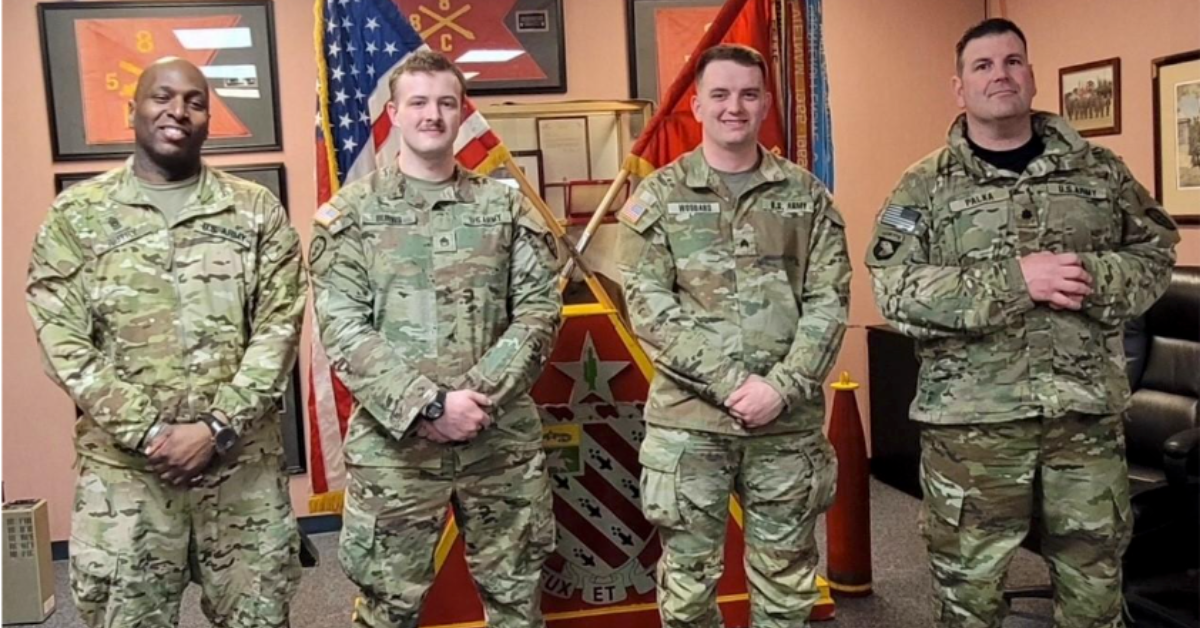 For Soldiers transitioning out of the Army, finding success in the civilian workforce can be a daunting mission. Most people don’t realize that while still on active duty, the Department of Defense allows them up to six months of paid time off to receive hands-on training in their chosen fields by way of the Career Skills Program (CSP), known to the other branches as DoD SkillBridge. This once-in-a-lifetime opportunity helps eliminate that potential gap in income while mitigating the stress that comes along with making your next career choice.

President Reagan believed that the best social program was a job — a sentiment that still rings true today. With Veteran unemployment linked to suicide rates at an all-time high, it’s more important than ever to highlight America’s warriors and to encourage and inspire others to take advantage of this remarkable resource. One such trailblazer is SSG Zachary Burns, stationed at Fort Wainwright with the 11th Airborne Division’s 2nd Battalion 8th Field Artillery.  Zachary just finished a CSP internship with the Aleutian Pribilof Islands Association, setting him up for his dream job as a Village Public Safety Officer (VPSO).

Soldiers are uniquely prepared to step into a life of law enforcement after the military, and they are filling that growing need all over the country. But unlike any other state, Alaska’s 737,000 residents are geographically dispersed over 365 million acres, with many native villages inaccessible by road and without the basic emergency services that many Americans take for granted. Enter the highly sought-after VPSOs. These individuals are the first responders, the firefighters, the police, the investigators, the EMTs, park ranger, search and rescue, and MEDEVAC. They are quite literally the lone lawman of the last frontier.

Armed with all the toys and tools needed to do their job effectively – ATV’s, SUV cruisers, ambulances, firetrucks, speedboats – it’s no wonder so many of our nation’s boldest and bravest are drawn to the call. (The $33.79-an-hour starting wage with lodging, utilities, vehicle and fuel included doesn’t hurt either). But mostly it’s the chance to continue serving their community after serving their country in one of the most scenic and rugged natural playgrounds on Earth.

As part of SSG Burns’ CSP, he shadowed veteran VPSOs Chris Stewart and Mike Lejarzar, he was also able to attend a Crimes Against Women Conference in Dallas, TX, where he learned how to track predators and combat such activity through community-building — invaluable training for a state that routinely ranks at the top of the FBI’s most dangerous locations for women. That is but one facet of the job, however. One of the projects he was proudest of was setting up a firefighter course for K-12 school kids in False Pass, AK, teaching fire safety, prevention, and suppression.

With the goal of getting to know and better understand the villagers and what they need, SSG Burns hopes to earn a spot serving the community of Tyonek, a village just off the Cook Inlet along the Aleutian chain. And thanks to the great leadership and support from Battalion Commander LTC Palka, SSG Scanlon, SFC Carrion, and VPSO Coordinators Michael Nemeth and Darryl Hildebrand, SSG Burns has been officially hired on and will be attending the Alaska State Troopers Academy in Sitka. And they’re looking to hire more just like him — strong candidates with all the built-in traits of disciplined resourcefulness that make Service Members so desirable to employers.

As with most great achievements in life, despite all the personal hard work and sacrifice toward them, we know we didn’t get there entirely on our own. Programs such as TAP, AER, Airstreams Renewables, Troops Into Transportation, and local partners like the Aleutian Pribilof Islands Association, are making all the difference in the lives of America’s best. If your business would like to be a part of this incredible program, supporting the Troops while adding extraordinary talent to your team, please contact your local CSP Office.