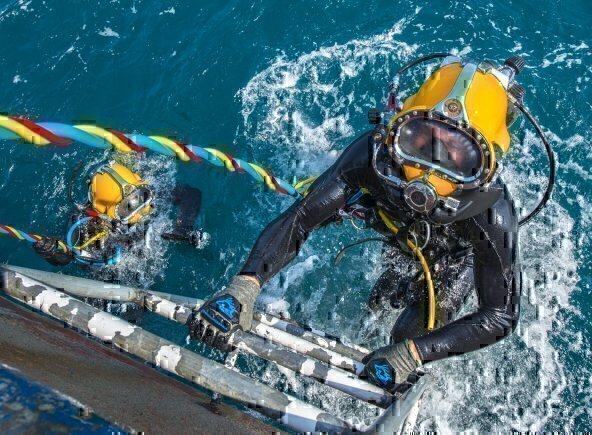 NHA TRANG, Vietnam — Full of sediment from the bottom of the sea, a gray metal basket slowly rose out of the turquoise water. While it appeared to only contain muck, it offered hope to the U.S. military divers waiting to inspect its contents.

The divers — mainly from the Army’s 7th Engineer Dive Detachment — were archaeologists of sorts. As they sifted through the mud the consistency of wet cement, the divers searched for personal effects or aircraft wreckage to prove they were on the right path.

The ultimate discovery, though, would be the remains of the six Soldiers who went missing after their Chinook helicopter crashed off the coast here during the Vietnam War.

Each year, the Defense POW/MIA Accounting Agency oversees more than 70 joint missions around the world in search of the remains of American service members at former combat zones. In Vietnam, there are still over 1,200 service members who have not yet been found.

Some of those operations are underwater recovery missions, which rely heavily on the Army’s small diving force.

“Everybody in the military signs up to go to war. We fight the nation’s battles. That’s what we do,” said Sgt. 1st Class Christopher Kratsas, the agency’s only master diver. “But I know if I ever got killed in battle somewhere, I would want my remains brought home to my family and I know they would want the same.” 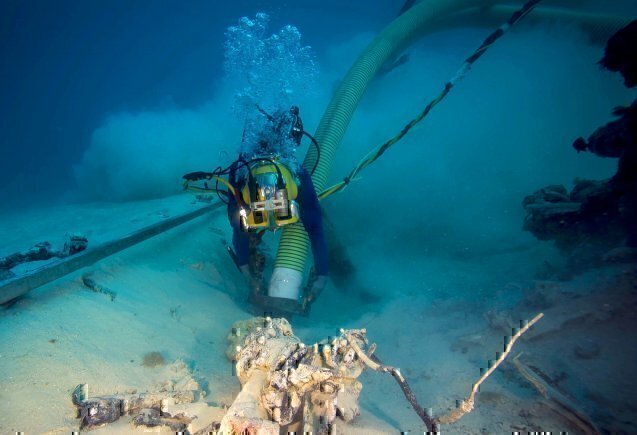 As the most senior diver on the recent 45-day mission near Nha Trang in southern Vietnam, Kratsas helped ensure the safety of the divers who plunged 80 feet into the dark waters.

Depending on the weather, four two-man teams from the dive detachment spent about an hour each day on the sea floor. While hidden beneath the waves, they used 8-inch vacuum systems to dredge sediment within specified grids of the archaeological site.

At times, the divers stood on the sea floor buried in thick silt up to their shoulders. Divers sucked out the silt until they reached the hard-packed seabed, where pieces of the helicopter had been resting for decades.

The next day, much of the silt had to be dredged out again due to the sea currents that brought in more.

The painstaking efforts of these underwater missions, especially in the murky waters off the coast of Vietnam, are repeated daily in hopes to reunite those lost in war with their loved ones.

“We do exactly what the land team does,” said Kratsas, 46, of Lordstown, Ohio. “We dig a hole in the earth, we put it in a bucket and we screen it. The same exact process that they do, except ours is at 80 feet and we can’t see it.”

Side-scan sonar and magnetometer work helps pinpoint metal objects on the sea floor to better focus diving operations. But sites can often cover a vast area, particularly if an aircraft or ship has broken into pieces.

A site’s depth can also limit how long a diver can safely stay under the water. At 80 feet below, the Army divers only had 55 minutes to work during each dive. Once back on the floating barge, they were rushed into a pressurized chamber to ward off chances of a decompression illness by gradually returning them to normal air pressure. 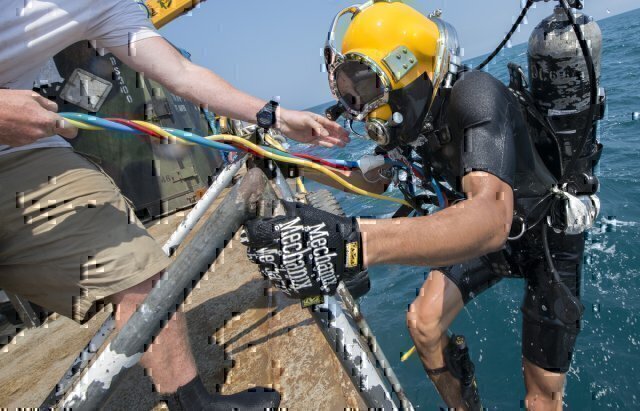 “Bottom time is definitely a premium,” said Spc. Lamar Fidel, a diver with the detachment, which falls under the 8th Theater Sustainment Command in Hawaii. “That’s where we make our money.”

In a previous mission, Fidel said they were able to dive for about six hours at a time. That site, which was in search of two pilots from an F-4 Phantom fighter jet that crashed in the Gulf of Tonkin near northern Vietnam, was only about 20 feet deep.

It was also Fidel’s most memorable diving mission so far.

For 14 years, he said, the agency had gone to the site unable to recover any human remains. Then last year, using the work of past missions, his team discovered a bone that led to the identification of one of the missing pilots.

“As soon as you see that, that hits you right in the heart,” said Fidel, 28, of Atlanta. “It makes you realize what you did … wasn’t all for nothing.”

While DPAA depends on Army divers for many of its missions, there are only about 150 of them across the service.

The small, elite career field has a high failure rate of roughly 60 to 80 percent for those training to become a diver. Much of the reasoning behind the tough entry course is that lives are always at stake during missions.

“Every time we get in the water, you have a chance of having a diving-related casualty,” said Staff Sgt. Les Schiltz, a diving supervisor assigned to the agency.

The deeper a person dives, the more at risk they are to suffer from a decompression illness. The two main problems divers face are decompression sickness, or the “bends,” and an arterial gas embolism. While the “bends” results from bubbles growing in tissue and causing local damage, the latter can have bubbles travel through the arteries and block blood flow. It can eventually lead to death. 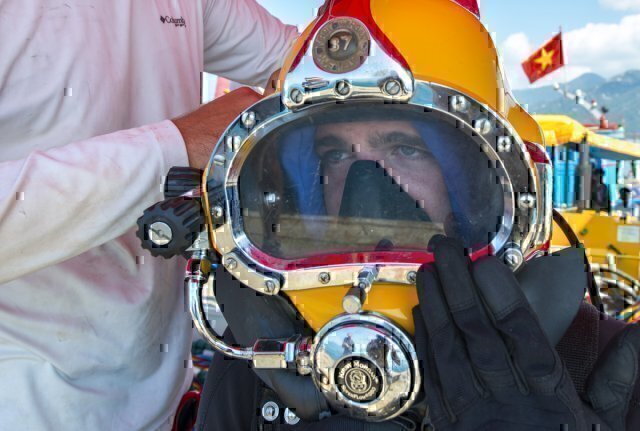 Divers also need to watch out for sharks, jellyfish and other dangerous marine life.

“There are a lot of things in the water that can hurt you,” Schiltz said. “You plan accordingly, you look ahead to where you’re going to be, and you try to mitigate all those risks as much as you can.”

The thrill of diving often outweighs the dangers for many of the Soldiers. When under the water, Schiltz, 28, of Vernal, Utah, says it is like being in a different world.

“It’s probably the same reason someone will explain to you why they skydive or why they snowboard off cliffs,” he said. “There’s always a danger to it and that just makes it even better.”

Army divers are tasked to do a variety of missions that can have them repairing ships and ports or conducting underwater surveys. For many divers, though, the recovery missions have the most impact on them.

“It takes you to a more emotional point in your life,” Schiltz said.

While every diver wants to be the one who discovers the remains of a service member, the master diver describes the somber event as a shared win whenever it happens.

“Everybody’s out here to do one job and just because you happen to be the one diver on the job when you find something, it’s not you that found it,” Kratsas said. “It was a team effort.”

When not diving, Soldiers have several side jobs to keep operations afloat. They monitor oxygen levels and depth of fellow divers or serve as back-up divers to assist in an emergency. They also tend to umbilical cords that connect divers to the barge or help run a water pump for the suction hose.

When a basket is brought up to the barge, they all scoop out the sediment into buckets and screen it.

Some divers are surprised by the condition of some items pulled from the water. Even if items are buried at sea for a long time, salt water can sometimes preserve them better than at land sites where the acidity of soil breaks them down faster.

“A lot of times the wreckage is in such good condition, you can still read serial numbers,” said Capt. Ezra Swanson, who served as the team leader for the recent mission.

Pieces of an aircraft can also put things into perspective for the divers when they hold them in their hands.

“The last time someone was with that, it was the aircrew when they were going down,” said Swanson, 30, of Fond du Lac, Wisconsin. “It’s like a connection between you and that crew.” 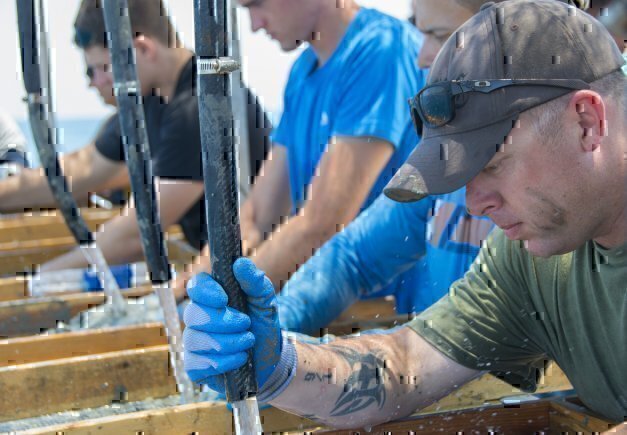 Decades of sediment often buries human remains in an underwater tomb. To unearth them, dig sites are properly logged with historical data from previous missions.

Dive teams may pick up where they left off before or continue another team’s work at a site. An underwater archaeologist will direct a team where to dredge using grids, typically 2 by 4 meters wide, which are marked off on the seabed.

Similar to the guessing game of “Battleship,” if a certain grid has a successful hit with evidence being dredged up from it, divers will concentrate on nearby grids.

Even one fragment, such as a bone or tooth, could solve a case if it can be identified by laboratory staff back at the DPAA headquarters on Joint Base Pearl Harbor-Hickam, Hawaii.

“Sometimes you only find small fragments, but with today’s technology and with DNA [testing], we can still get a lot of information even from tiny little bits,” said Piotr Bojakowski, an underwater archaeologist with the agency.

Personal effects, such as rings, wallets or dog tags, can also produce a strong case for identification. 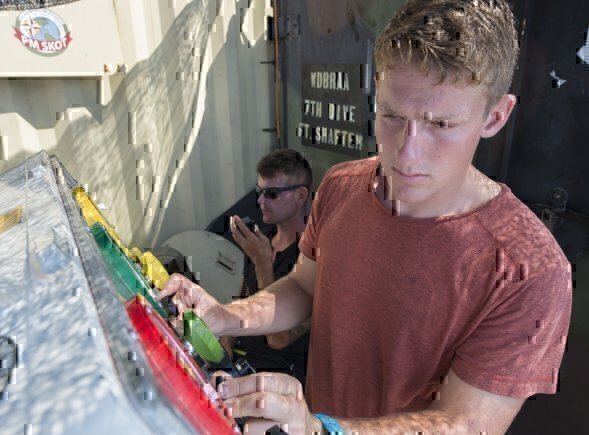 Since the recovery process can be slow and methodical, Bojakowski will remind divers to stay patient to ensure no evidence is overlooked.

“Take your time, don’t rush the process,” he tells them. “It’s more important that you do screening properly and find this small piece than to rush it through. Because once you lose it, we will never find it again.”

If years of careful research do not provide clues of human remains at a site, the agency may be forced to redirect efforts elsewhere.

“It’s a difficult, difficult decision to make,” Bojakowski said. “The ideal situation is to find the remains and material evidence. But providing an answer that the remains are not at the site is also an answer to some degree. Sometimes that’s the only answer we can get.”

Despite the long, hot days that had baskets come up empty during their recent mission, the Soldiers still kept at it for weeks. And when the time comes again, they will likely return to the same spot to do the same work.

To them, the mission is bigger than themselves.

“They know the cost and the sacrifice and have a very high appreciation for the guys who lost their lives,” said Swanson, the team leader. “They’re willing to push through the challenges and make sure they do everything they can to bring those guys home.”

This article originally appeared on Army.mil