Are Coding School Boot Camps Worth It? You Decide. 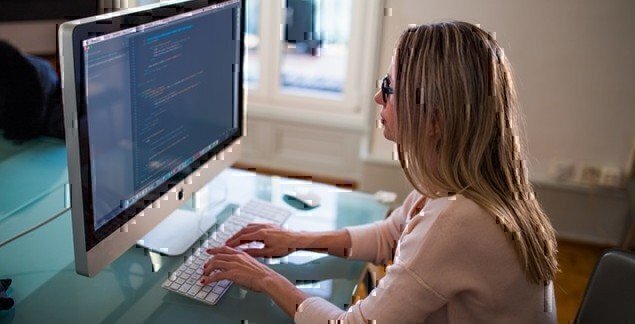 Python, Ada, Pascal and Ruby on Rails. All sound like Hollywood blockbuster movie titles. In reality, they’re actually all programming languages that, through unique keywords, create and run computer software. Having a command of these tech languages will no doubt buoy anyone’s resume. That’s because, according to the Labor Department, web development jobs are on the rise. In the decade between 2012 and 2022, the number of tech gigs is projected to increase 20 percent. And with a median salary of $62,500, tech jobs are attractive.

Gene Nettles, an Air Force Reserve C-17 pilot, and his wife, Rosanne, are serial entrepreneurs. The couple started a prom dress shop in Georgia in 2007 and expanded to two other locations, during which time they have always maintained their company websites. But, said Nettles, “I didn’t know really how to code well enough to truly contribute to that part of the business.” So he signed up for Iron Yard’s three-month intense coding school boot camp and for his final project, Nettles designed an app for employers and organizations that collects data from activity tracking devices like fitbits. It earned Nettles a high mark, and his professors encouraged him to take it to the next level.

A code school boot camp was the ideal option for Nettles because it was fast and laser-focused, but it came with a hefty $12,000 price tag that the GI Bill did not fund.

Beth Haubert, a veteran and the director of operations for Big Wheel Brigade & Omaha Code School, chided the VA for failing veterans. “The Post-9/11 GI Bill allows for funding to certain types of technical training and trade schools, but it hasn’t caught up to web development boot camps.”

Progress is being made, however. The VA announced on June 4 that veterans can apply GI Bill funds toward Skill Distillery, a 19-week Java web-programming school based in Denver, Colo. As with traditional colleges, the GI Bill covers the entire $16,000 tuition and provides a monthly housing allowance and funds for books.

“Providing veterans with the opportunities they need to build lasting, rewarding computer programming careers after their military service is completed is an honor,” said Bruce Batky, Skill Distillery founder and CEO. “Their proven commitment to hard work, objective-based planning, and the ability to overcome challenges is excellent preparation for the demands of a programming career.”

But Skill Distillery is the only school that’s been approved, which leaves most folks like David Molina to fend for themselves.

Like Nettles, Molina, an Army veteran, wanted to attend a code school but it was cost prohibitive. He attended a few hacking conferences and started taking online learn-to-code classes but admitted he struggled with learning solo.
“I needed a classroom environment,” he admitted.

By summer 2014, Molina wasn’t happy. He was taking on freelance work, landscaping and doing anything, he said, to pay the bills. That’s when Molina decided to launch Operation Code, a non-profit organization with a two-pronged mission. First, Molina wants to fund scholarships for vets to attend code school. Second, he wants the GI Bill to start funding the cost of code schools. With the announcement that Skill Distillery has been approved, the VA is taking notice of the fact that vets are choosing these non-traditional educational options.

In July 2014, Vice President Biden addressed the 115th National Conference of the Veterans of Foreign Wars. According to a White House statement, Biden announced during this address, a $10 million two-year competition “to identify leading practices among alternative learning models, and evaluate the employment outcomes of accelerated learning programs (ALPs) for post-9/11 veterans. The competition will be a multi-staged event leading to direct funding of veteran participation in IT-centric ALPs, including coding bootcamps.”

“It’s good news, in general,” said Molina of Skill Distillery’s news. “It highlights the fact that it is possible for schools to get approval so veterans can use GI Bill benefits.”

“One school is not enough,” said Molina. “Doesn’t the VA get it?”

But while the wheels of government turn, many post-9/11 veterans, facing a higher-than-national average 6.7 percent unemployment, according to the Small Business Administration, continue to eschew traditional college degrees in favor of code schools as a way to gain a marketable skill and get a job – fast.

“Everyone who has gone through our school and our career support program have found work in the entrepreneurial space or at large enterprise companies,” said The Iron Yard’s Chief Marketing Officer Eric Dodds. “That includes our veteran students.”

But like Nettles, the students must fund their education out of pocket. And code school isn’t cheap. Iron Yard offers a $1,000 scholarship to “lower the barrier to entry,” said Dodds. “It’s made a huge difference for our veteran students,” said Dodd. “It’s an honor to be a part of someone who is launching a career after
the military.”

Not everyone is keen on code schools, however. They have been dubbed body shop certificate mills and, besides the cost, students often relocate for the length of the program and are responsible for room and board too. Some students report being pushed to take on high interest loans, and while Student Veterans of America President & CEO D. Wayne Robinson concedes that STEM is a very high-demand field, and coding certainly falls within the parameters of STEM, he encourages vets, a third (32.6 percent) of whom choose STEM fields at the undergraduate level, to stick to a traditional education route.

“The best route for a veteran to a career in programming or IT would be through an accredited degree program at a reputable institution, or through employer funded programs like the Microsoft Software & Systems Academy,” said Robinson. “We fully support and encourage student veterans to enter STEM programs, so long as they are reputable institutions.”

Looking for a career in Microsoft? Check out job board for veterans for some of the hottest careers available within the Information Technology sector. We also recently posted an article that highlights the life of a Video Game Developer, check it out! What Does A Video Game Developer Do?

The Iron Yard, for example, is a mentorship-driven program that allows the professor to help the student learn foundational patterns through generous one-on-one time.

“We take people who are interested in technology and prepare them to work a very specific job in a specific discipline,” said Dodds.

Sandy Hynes, the wife of a former Marine who has worked in the recruiting industry for her entire career, agrees and says hiring practices have evolved over the years and no longer hinge only on a fancy education or personal connection.

“I look at the totality of a candidate,” said Hynes.

Hynes also says vets come to the table with an untrainable skill, a work ethic that often puts them ahead of the civilian population. The interviews are an opportunity to dive deep and really understand their skill set.

“And frankly if a person has attended a four-month program and absorbed such a difficult skill, then I’m impressed,” she added.

The bottom line is research and a thoughtful job search in a field that a candidate finds interesting. If you are searching for a career we have a veteran job board with thousands of open positions right now.

In other words, it’s not just all about the money.

Are you interested in a STEM career?  5 STEM Careers that Don’t Exist Yet, and How You Can Prepare for Them

READ NEXT:  What Does A Video Game Developer Do?