What to Consider Before Applying to Coding Boot Camps 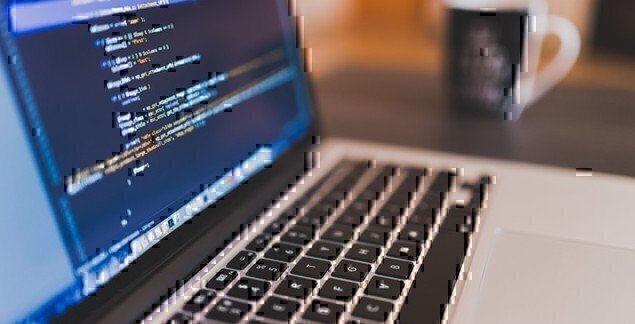 Part I: Before you decide to apply

The first ever coding boot camp popped up in late 2011, in the form of one person offering to teach six people how to code on Hacker News. At the end of 2015, there were sixty-seven full-time boot camps with a total gross revenue of $172m. Taking into account the hundreds of thousands of open tech jobs across the country, it is easy to see why the coding boot camp industry is booming.

Before you head on over to your nearest boot camp and fork over the $11,852 average tuition, though, there are a few things that you should seriously consider…

1 Where should I go?

One of the first steps to becoming a successful boot camper is picking the right city. Where do you want to work after you graduate? Does the city you have in mind have a credible boot camp option? Do you want to work in the cities with the highest average salaries for coding boot camp grads (Palo Alto, San Francisco, and Chicago to name a few)? Or, even, do you not want to go anywhere at all? There are many online boot camp options that exist, which also tend to be cheaper than immersive boot camps.

Whatever the criterion is that is most important to you, make sure you do lots of research; thoroughly research different programs, their perks, and their promises. The best perks are instant leads to jobs or internships, interview preparation, job counseling, employer matching, or recruiting events like career fairs. You will want to dig deep into potential schools’ reputations. The best code camps will publish statistics about their graduates such as how many recent graduates are now working as developers? What percentage of graduates find a job right after graduating? Does everybody even graduate? You can look at student testimonials or ask people working in the area about the school to develop a good, hopefully accurate idea about what you’re getting into.

Also don’t forget that some coding boot camps require a certain level of prior programming experience. While most are beginner-friendly and don’t require any (like Code Platoon), you really want to be sure that the camp you choose matches your abilities.

2 How much am I willing to pay?

Coding boot camps are generally not so cheap.

With tuition ranging from a few thousand dollars to more than $20,000, it is probably important for you and your wallet to look at price. Are there other boot camps that are equally good options that are much cheaper? Does the boot camp you want to attend have scholarships that you qualify for? That you need to apply for? You should be researching the answers to these questions well in advance of applying.

If you are considering relocating for a boot camp, you also need to consider the added expenses of moving to a new place and the living expenses you will incur there. Will your housing be provided? If not, how much, and how easy to find, is housing in the area?

3 What language(s) should I learn?

Do you want to work on the web? Front-end development? Back-end development? Or do you prefer mobile instead? If the latter, then consider looking at iOS and Android. If the first two you should consider Python, Ruby on Rails, or Javascript as they are the most common teaching languages due to their popularity, powerful frameworks, and ease of learning. You can get the best of both worlds by going to a boot camp that turns you into a full-stack developer.

Even if you end up picking a school that teaches one language only to end up realizing you needed or wanted to learn another, luckily it’s not the end of the world. Once you learn one language it becomes easier to pick up others, as long as you work hard at boot camp and develop your coding fundamentals.

4 Will I make the most of my time there?

It depends on your priorities. A lot of people choose coding boot camps over a four-year degree because it can be a much faster and direct route to employment. However, the best coding bootcamps tend to be the most rigorous, often requiring 60 to 90 hours of work per week. You have to really be passionate about wanting to become a professional software developer if you plan to follow this route. You can easily find out if you like coding by looking at sites like Codecademy or Free Code Camp and working through a few courses. Finding out if you have enough passion is something you will need to decide on your own.
Considering the significant time and money that you will need to invest if you attend a coding boot camp, really ask yourself if this is a vital and ideal means of achieving your goals. This will be true if you want to become a developer, better understand code and programming, or need this knowledge so you can build your own company. Knowing your end goals and how coding boot camp helps to achieve them will help you when times are tough; reminding yourself of them will help you remain committed during the tough two or so months of hard-core coding.

Code Platoon is an immersive, beginner-friendly coding boot camp located in the heart of Chicago. Code Platoon offers to cover 80% of tuition costs if you are a veteran, so the total out-of-pocket cost is $2,500. Code Platoon provides instant leads internships, interview preparation, job counseling, employer matching. Join us today by signing up at codeplatoon.org/apply.