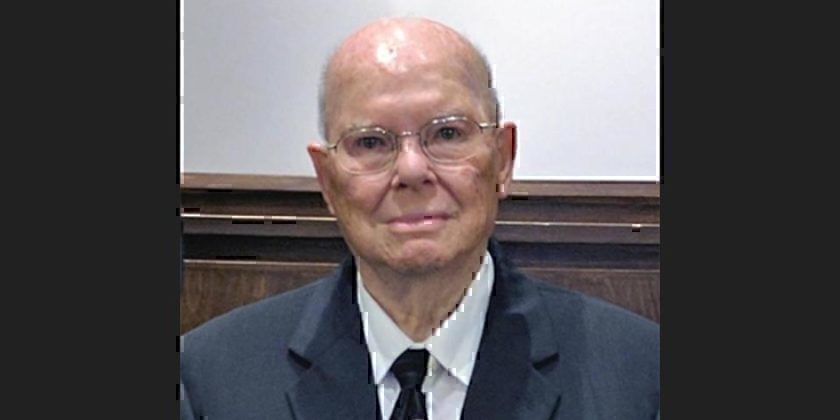 Cookie Sowers said a prayer each time she saw her 81-year-old neighbor leave for his job as a sales associate at Sears. Her concern was for his safety in traffic, not that he would be hurt – or killed – doing a job that he loved.

“Just a gentle spirit,” Sowers said of Duaine Hamilton, who lived across the street from her and her husband for 18 years. “He had such a peace about him. If you spoke to him, you would feel that peace.”

Hamilton died Saturday from injuries he suffered after being thrown to the floor by two shoplifters who were trying to steal televisions from the Sears in Columbia Place Mall, South Carolina, on Aug. 22, sheriff’s officials said. The Air Force veteran was chasing the two suspects, who had loaded two flat-screen TVs into shopping carts, when the men shoved Hamilton to the concrete floor. He died of blunt-force trauma to the head, Coroner Gary Watts said.

Jeffrey Alan Simmons, 58, and Jason Randolph, 40, each have been charged with murder in Hamilton’s death.

A Sears spokesman expressed the company’s condolences Wednesday and said Hamilton, who had worked for Sears for 13 years, was a consultative sales associate in the store’s home appliances section.

“He didn’t need to work,” Cookie Sowers’ husband, Jim, said of Hamilton, who had recently retired from AT&T when the Sowerses moved into their neighborhood in 1999. “He just did it because he enjoyed people.”

Hamilton worked at the Sears store in Columbiana Centre until it closed, then went to the Columbia Place Mall store on Two Notch Road, Sowers said.

Over the years, the neighbors became good friends, Sowers said. Hamilton was known in the neighborhood for being very active, and he and his wife of 60 years regularly attended church on Sundays and Wednesdays.

“He made a comment to me before his 80th birthday,” Jim Sowers recalled. “He told me if he made it to 80, he would be the only male in his family to ever be that old.”

Besides his wife, Hamilton left behind four children and six grandchildren, according to his obituary.

Jim Sowers last saw his neighbor and friend the day before the violent shoplifting, while Hamilton and his family were out in their yard watching the solar eclipse on Aug. 21.

“I was very excited that he was gonna get to witness the eclipse,” Sowers said. “It’s still hard for me to come to grips with the way it all happened.”

“Two individuals decided that two TVs were worth Mr. Hamilton’s life,” Lott said. Hamilton was taken to Palmetto Health Richland, where he was kept on life support until his family could say goodbye to him.

The incident was caught on the store’s surveillance system. The sheriff’s department said it temporarily withholding the footage out of respect for Hamilton’s family.

Simmons was arrested Friday at Randolph’s home on Ferrell Drive. Randolph was taken into custody Wednesday afternoon during a traffic stop on the 7800 block of Two Notch Road, Lott said.

Simmons’ criminal history goes back to a 1978 conviction for grand larceny and includes 17 arrests for shoplifting, according to State Law Enforcement Division records. He has been convicted of shoplifting at least nine times, most recently in January 2015, for which he was sentenced to two years in prison, records show.

Randolph’s criminal record dates to 1994 with convictions for trespassing and larceny, and includes convictions for assault and battery with intent to kill, weapons charges, drug charges, shoplifting and a pending criminal domestic violence charge with Columbia police from October 2016, according to SLED records.

Under South Carolina law, a murder conviction carries 30 years to life in prison or the possibility of the death penalty. Common law robbery carries a maximum sentence of 15 years.

“They’re not looking for any kind of revenge,” Cookie Sowers said of Hamilton’s family, whom she visited after his funeral Wednesday. “They, of course, want justice. In all of it, they’re hoping that these men – if they don’t know the Lord – that they will come to know the Lord through the life that he had.