What to Do After A Job Interview 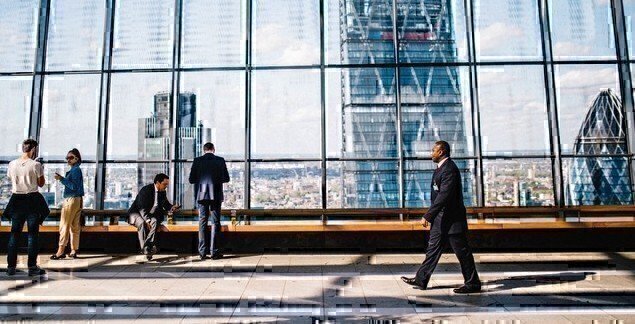 A firm handshake should not be the last memory you leave with an interviewer after a job interview.

Make sure you keep communicating with a potential employer even after you leave the room.
“No matter how well you think you did during the interview, what you do after the interview will also have an impact on the outcome,” says Tom Wolfe, author of OUT OF UNIFORM: Your Guide to a Successful Military-to-Civilian Career Transition. “Do not make the mistake of assuming that just because both parties are smiling when the interview is complete that you have accomplished your mission.”

Wolfe says that good communication is the key to making sure you remain in contention for a job. Read on to learn what you should do so you move up in the process or, better yet, land an offer.

When do I follow-up with my interviewer?

An interviewer will usually let you know if there will be follow-up interviews and when you should expect to hear back from someone. If they don’t offer this information, have a well-crafted question prepared that frames a request for a timeline in an upbeat way that demonstrates interest but not desperation.

“At the end of the interview, mention something like, ‘I have really enjoyed meeting with you and your team and I am very interested in this opportunity. I feel my skills and experience would be a good match for this position. What is the next step in your interview process?’” recommends Amy Schofield who owns Schofield Strategies, LLC which provides personal and professional branding services.

Based on this timeline, you should determine when to follow up with the interviewer. One to two days is usually a good timeframe within which to send a thank you, but if the selection process won’t start until a week later, you may want to wait a few more days before hitting send. A well-timed email can be a good reminder at a critical decision point.

The recommendation to handwrite a thank you note is still being made by many; however, today most people send an email.

“Don’t rely on snail mail. Although handwritten notes are nice, decision-makers want to hear from you right away when the interview is still fresh in their mind,” says Michelle Still Mehta, Ph.D., Work-Life Coach. “If you found something in common or had an interesting conversation during the interview, make reference to that. That will help you stand out from the crowd.

Keep your email short and professional. If you stumbled on any questions during the interview, this is your chance to give a better answer. Briefly mention the strengths that you will bring to the position along with your continued interest, and close with a thank you for the opportunity to interview for the position.

What should I avoid doing after an interview?

Avoid going overboard with “connecting.” Don’t immediately start Facebook “friending” anyone you met during the interview process. LinkedIn is not as clear-cut. If the person who interviewed you has many contacts and is active on the site, an invitation to connect may be welcomed. However, if they keep their contacts limited or don’t seem to post often, you may come across as a stalker.

“Never expect that you will hear back from them,” says Mehta. “It is always your responsibility to keep the process going in a professional and responsible manner. Don’t bug them.”

Everyone is busy today so don’t become a nuisance by rehashing everything you discussed in the interview or getting off-topic in your email. If you didn’t find out when key decisions will be made, make a phone call to the company to ask but don’t send multiple emails asking if a decision is coming.

“Although a company may frustrate you by what appears to be a lack of communication, do not give them a reason to feel that way about you,” says Wolfe.

This means making sure to let them know in the interview any suspense dates you may have (deployments, having to respond to other offers) and keeping your contact information up to date. If you received an application form, complete it thoroughly, neatly and accurately.

What if I don’t want the job or I don’t get an offer?

You may decide you don’t want the job even if one is offered. Don’t tune out to the interviewer even if you make this realization during the interview. The company might have other positions that you may find interesting even if this one doesn’t work out. Consider the interview as a networking opportunity. The interviewer probably has connections to others in the industry. Remain professional so anything he says about you to others is nothing but positive, and send a thank you note after the interview even if you aren’t interested in the job.

If an offer doesn’t come, there is always a possibility that another job at the company will open up or the initial hire does not work out and they open up the position to previous applicants. The point is that you should always remain upbeat even if the news is bad.

“Make sure you do not badmouth the company or interviewer,” says Schofield. “The worst thing that can happen is that information gets back to the company and/or another company within the same field that you’ve applied to. You don’t want to damage your reputation by damaging their reputation.”