7 Ways to Budget for Your Civilian Transition 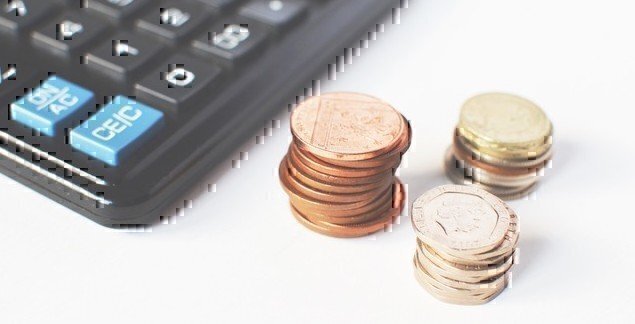 It can be a scary experience when you get out of the military. Suddenly the paycheck that comes twice a month goes away. Many soldiers are not prepared and have no idea what to expect. But there are ways they can prepare themselves for when they make the military to civilian transition.

This can be a tricky one, especially if a new iPad or other gadget is released. It’s also difficult if everyone around you seems to have a new toy to play with. It’s important to put money back each paycheck so you have a cushion when you leave the military. If you don’t need something, don’t buy it. Bring lunches to work. Yes, it can be difficult when you’re eating a sandwich while your co-worker is biting into a Big Mac, but you’ll be grateful when you have a nice chunk of change waiting when it’s time to say goodbye.

Research What Your Pay Will be After the Military

See, you’ll become a civilian. (Duh.) This means that a lot of your military benefits will either decrease or go away. If you have an idea of what you want to do after the military, you can check out the average salary for those jobs online. You can also use the Pay Calculator.

A lot of people owe money on their credit cards, student loans and a variety of other bills. It’s life. But if you know you’re leaving the military, it’s best to get your debt as low as you can. Yes, that might sound easier said than done, but think of your daily expenses. Can you give up coffee at Starbucks? Yes? Well, that’s an extra $5 you can put toward debt. It might not seem a lot, but every bit helps. Giving up cable is another option. Watching the latest episode of “Game Of Thrones” might seem important, but it’s really not. There are many ways to watch television shows online. For free. Google it. Say goodbye to cable and you can add another $50 a month toward your debt.

Do You Want to Rent or Buy a House?

A lot of people live in base housing while in the military, so they might not know the answer. There are benefits to both. Renting means a lot of maintenance is covered by the owners of the house. Buying means all the money you put forward goes to the house. But here’s the thing: if you aren’t sure that you’re happy in a state or area, it might be best to rent.

Get into Smart Habits

If you’re in base housing and haven’t been paying for electricity, there’s a good chance that you leave lights on when they don’t need to be or keep electronics plugged in. When you’re out of the military, you will pay these bills so start turning lights off. Unplug your items. If you start early, it’ll come easy when you’re in a home of your own.

Check Out Your Credit Report

Credit companies have to give a person a free report every year.  It’s important to know what your credit score is. Why? It’ll tell you what chances you have of getting a loan. Found a house you love? Well, a bank won’t give you a loan if your credit score stinks. Try to always pay off your cards or at least pay over the minimum amount. See a mistake on your report? Correct it by telling the creditor. Mistakes can happen and it’s best to catch them before leaving the military.

Know You Can Get Help

There are programs that you can use. For instance, the military provides classes on what to expect when you leave. They don’t just toss you out into the cold and slam the door, even though it might feel that way at times. Make sure you ask supervisors and other higher-ups for advice. They are usually happy to help or point you in a direction that could help you out. Joseph Montanaro, who works at USAA Enterprise Affairs as a financial planner, suggests, “file for unemployment if you don’t slide right into civilian employment (sometimes folks aren’t aware.)”

Again, it can be a frightening experience to start a new chapter of your life. There are many ways you can make the transition easier. Don’t ever panic. Remember you are not alone. As Joseph Montanaro says, “….getting out of the military is a beginning, not an end.”