7 Things People Use Every Day That Originated in the Military 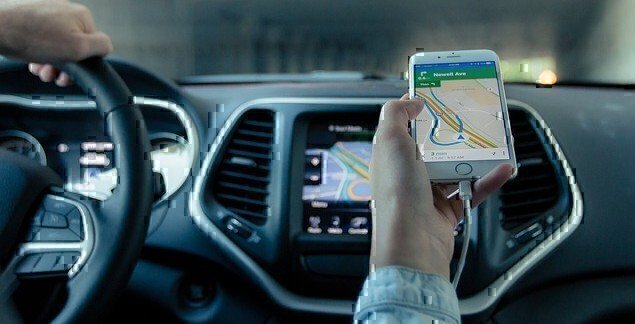 The military is responsible for a huge amount of consumer goods and technology that people are using everyday. Here are seven examples:

The grey tape that can “fix” just about any problem was originally designed for the U.S. military during World War II. While also manufacturing camouflage material, gas masks, and other products for the military, Johnson & Johnson was asked to make a waterproof tape for ammunition cases, according to Kilmer House.

Originally called “duck tape,” it “saved valuable time in manufacturing and packaging war materials. A wide variety of tapes to serve a multitude of particular purposes were made for the aviation industry alone,” read the company’s 1945 annual report.

Soldiers quickly figured out duct tape could be used for more than sealing ammo boxes, and they used it to make temporary repairs to jeeps, planes, tents, boots, their uniforms, and everything in between. Troops still use the tape today, as do the rest of us.

You can thank the defense contractor Raytheon for giving you the ability to heat up that leftover pizza in under a minute. While working at the company on radar technology in 1945, Percy Spencer accidentally discovered an active radar set had melted the candy bar in his pocket. He and his colleagues were intrigued, and decided to conduct some more tests.

From Today I Found Out:

The first one they heated intentionally was popcorn kernels, which became the world’s first microwaved popcorn.  Spencer then decided to try to heat an egg.  He got a kettle and cut a hole in the side, then put the whole egg in the kettle and positioned the magnetron to direct the microwaves into the hole.  The result was that the egg exploding in the face of one of his co-workers, who was looking in the kettle as the egg exploded.

Raytheon still holds the patent, with Percy credited as the inventor. The first commercially-produced microwave was a 6-foot-tall, 7000lb monstrosity that cost $5000. But around 1967, a smaller unit at a more affordable $495 finally hit the market, according to Today I Found Out.

Google Maps may be one the best ways to navigate anywhere, but it owes the Pentagon credit for doing much of the legwork. Amid Cold War tensions with the Soviet Union after it launched Sputnik in 1957, U.S. researchers figured out that radio signals emitted by the satellite increased as it approached and decreased when it moved away, according to TechHive.

This gave the scientists a grand idea. Satellites could be tracked from the ground by measuring the frequency of the radio signals they emitted, and conversely, the locations of receivers on the ground could be tracked by their distance from the satellites. That, in a nutshell, is the conceptual foundation of modern GPS. That GPS receiver in your phone or on the dash of your car learns its location, rate of speed, and elevation by measuring the time it takes to receive radio signals from four or more satellites floating overhead.

This discovery became the basis for the military’s system of five satellites, called Transit, launched in 1960. It stayed exclusively a defense technology until 1983, when the Reagan administration opened GPS up for civilian application, according to Mio.

Razors for shaving have been around for centuries, but the safety razor with disposable blades still enjoys widespread popularity due to the U.S. military’s adoption during World War I.

Before the 20th century, men usually had barbers trim their beards and mustaches. If they did shave at home it was with a straight razor, which needed to be sharpened often. In 1901, King C. Gillette changed that, with the invention of the safety razor — which took a disposable version of the straight edge razor and clamped it onto a handle. The military soon took notice.

While the original computer was not even as powerful as today’s basic calculators, it was originally designed to compute artillery firing tables for the U.S. Army. Called ENIAC, or Electronic Numerical Integrator and Computer, the new device replaced humans who were physically operating desk calculators, accordingto Army historian William Moye.

The massive machine took up an entire room at the Army’s Ballistic Research Laboratory when it was unveiled after World War II on Feb. 14, 1946. One of its first projects was to test the feasibility of the hydrogen bomb.

The world’s largest repository of cat videos came from a military research project that used packet-switching to allow computers to talk to each other. The first version of the internet deployed in 1969, called the Advanced Research Projects Agency Network (ARPANET), was made up of just four computers, with one each located at Stanford University, University of Utah, UCLA, and UC-Santa Barbara.

Designed as a computer version of the nuclear bomb shelter, ARPAnet protected the flow of information between military installations by creating a network of geographically separated computers that could exchange information via a newly developed protocol (rule for how computers interact) called NCP (Network Control Protocol).

The first internet service provider emerged in 1974, but the internet would not see widespread use until the invention of hypertext-markup language (HTML) and the world wide web were unveiled in the early 1990s.

The ability to keep food preserved for years came from a military effort to keep medical supplies useful after they were transported overseas during World War II. In freeze-drying, food is quickly frozen, then dried slowly to remove the frozen moisture.

The freeze-drying process really took off during WWII as a way to transport serums and other medical supplies. Doctors found that medicines that required refrigeration were spoiling by the time they were transported to other parts of the world. The freeze-dried process was invented and allowed for materials to retain their chemical properties and drastically increasing the shelf-life.

Freeze-drying has been used for food and pharmaceuticals. But perhaps most importantly, astronauts use it to have a nice snack in space.