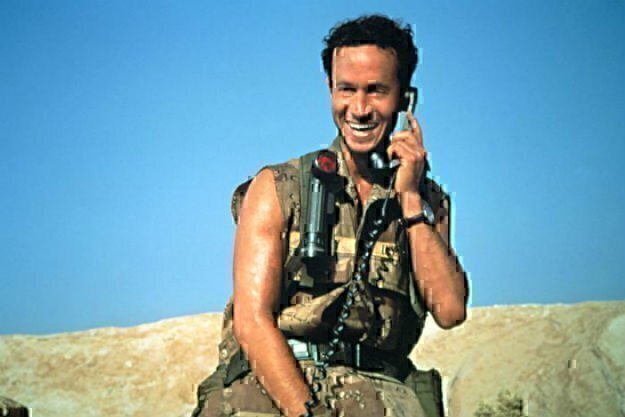 Service members learned a lot of valuable things in training, and even more when they got out to the fleet or their units.

But aside from all the stuff they read in books and manuals, the majority of what many troopers learned came from watching others, then doing it themselves.

There are also some pretty heady insights they might have picked up that may not have been in the training block.

1. Tuning out the tongue lashings

The second you enter the military, someone’s yelling at you to get their point across. After a while, the idea of someone screaming directly in your face wears thin and doesn’t seem to bother you anymore.

There’s only so many times you can be called a “dumba**” before the word becomes meaningless.

Life does go on … until it doesn’t. (Images via Giphy)

We don’t mean you can predict the next lottery numbers and become super rich. We’re talking about the experience you gain working in the diverse world that is the military. Seeing conflict before it even starts and avoiding it means you’ve gained a superior sense of “situational awareness.”

Yes, we can. (Images via Giphy)

Putting up with your chain of command’s constant bullsh*t helps you eventually see through other people’s intentions when they try to dish out their bullsh*t.

Not falling for the bullsh*t deserves a dance. (Images via Giphy)

There are many different ways to get things done efficiently in the military, and then there’s the hard way. Just because you get denied something you want the first time, that doesn’t mean you can’t try finding a loophole to get that “yes” you’re searching for.

It’s okay to celebrate. You’ve earned it. (Images via Giphy)

If you can sleep outside in a wet and cold war zone, you can do it anywhere under any condition.

Sleeping while getting you tongue pulled, that’s a real talent. (Images via Giphy)

When you deploy, you’re only allowed to take only a certain amount of stuff with you because it’s not like you have tons of storage in a hooch or a berth.

Packing 10 pounds of crap into a space made for eight isn’t easy, but it is possible (Images via Giphy)

7. Mapping out an escape

Many combat vets like to know exactly where they’re going, that way they know how to out to get the hell of Dodge quickly if something pops off — even if it’s out to dinner

There’s always a way out. (Images via Giphy)
Can you think of any others? Comment below.

This article appeared on WeAreTheMighty.com

READ NEXT: 16 Military Memes Only Veterans Will Understand