7 Military Life Hacks to Use in Civilian Life 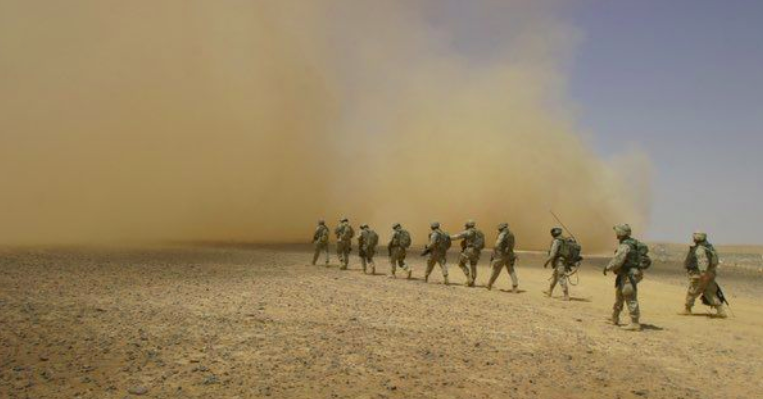 We’ve all been lectured about what parts of military life are most relevant in the civilian world — things like showing up on time and being respectful. Those things are mostly nonsense and ingredients in a recipe for disaster when you make the transition. Here’s WATM’s list of 7 skills you learned that got you by during your time in uniform — military “life hacks” — that’ll make life on the outside easier and more productive:

Former Defense Secretary Donald Rumsfeld (in)famously said, “You go to war with the army you have, not the army you might want.” But that reality isn’t an excuse for failure. The American people still expect their military to win the war. (They don’t always act like it, but they do.) Same deal in civilian life. You won’t have all the resources you need to make the sale or close the campaign, but the company still expects you to get it done.

Remember how you started each deployment with optimism and enthusiasm? Remember how those things were crushed by the end of the first month in theater? But about that same time you realized that sitting around and complaining about it wasn’t going to make the rest of the time any easier. The same thing is true in civilian life. Every job has its suck. You want to play golf for a living? Get ready to spend ninety percent of your time away from home. But don’t sit around the clubhouse bitching about it.

3. BEING RESOURCEFUL ON THE ROAD

Even at the combat outpost in Paktika Province – without running water or air conditioning – you managed to whip up your favorite tuna slider recipe, figure out that Jason Aldean song, and keep your Facebook status updated. Those mad skills will come in handy when the company sends you on that client roadshow or to that training seminar. The complimentary wifi won’t work. The treadmill in the hotel gym will be broken. The conference room will run out of electrical outlets. Tough luck. Get it done, soldier. And keep your toes tapping.

Soldier jams on an acoustic guitar among the Hesco barriers at a combat outpost in Afghanistan. (Photo: U.S. Army)

4. STEPPING UP TO SOLVE PROBLEMS BEYOND YOUR BILLET DESCRIPTION

It was a party foul to say “that’s not my job” during your time in uniform. Many times you had to come out of your lane to make sure things got done in the face of others inadvertently overlooking their responsibilities. Same thing happens on the outside. Somebody’s about to forget the glossy brochures for that key client presentation. Somebody forgot to do Item No. Three on the “Night Shift Shipping Procedures” checklist. If you see it, solve it.

5. REALIZING THAT EVERYONE ABOVE YOUR PAYGRADE IS DANGEROUSLY CLUELESS

At times it seemed like the sole purpose of the chain of command was to try and kill you. Your watch section tried to wash you overboard. Your flight lead tried to fly you into the ground. Your skipper assigned you for a mission with no real idea of what it was going to take to get you safely back. Welcome to the business world. While the consequences of ineptitude might be less life threatening, that same healthy paranoia regarding those in charge is a good idea.

6. KNOWING THE VALUE OF A GOOD WINGMAN

The buds got you back to the ship after a big night of liberty. They kept you out of jail in Turkey. They gave you that timely heads up when the Gunny was about to come down on you with both feet. Those same kinds of folks will come in handy in civilian life. (And your regional manager might have gunny-like tendencies from time-to-time).

Sailors from the USS South Dakota on liberty in Japan during the ’50s. (Photo: U.S. Navy archives)

7. KEEPING YOUR SENSE OF HUMOR WHEN THINGS GET BAD

You know how you stayed sane in the military by laughing stuff off? Don’t lose your sense of humor when you trade multicam for mufti. You’re going to need it for the same reasons you needed it when things got rough in uniform.

READ NEXT: THE ORIGIN OF THE MARINES ‘OO-RAH’ BATTLE CRY