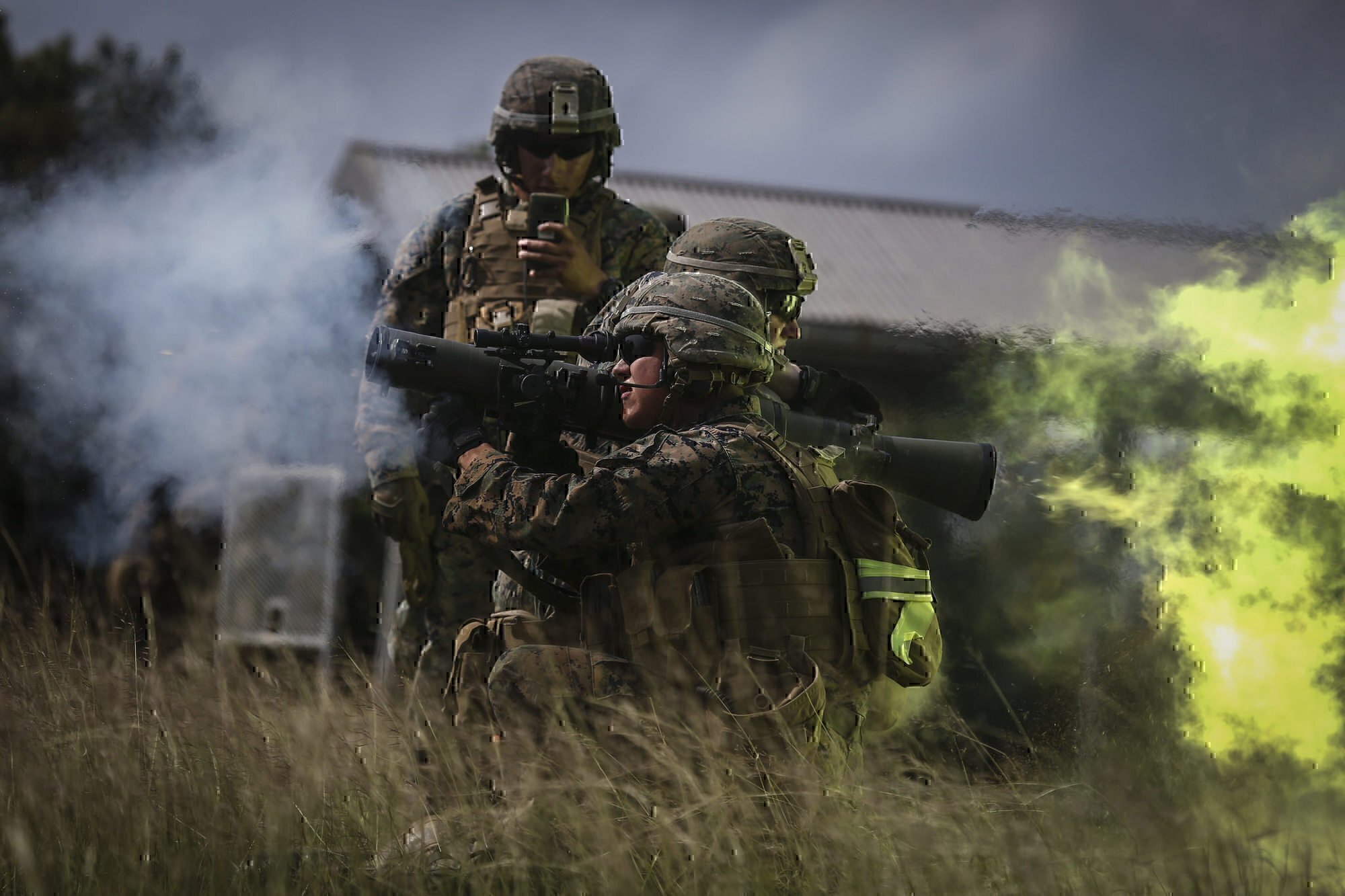 Everyone has their favorite piece of issued gear. It doesn’t matter why you love it, you just do. And chances are good that you loved it so much, it got “lost” during your last deployment.

Military people are good people, so I don’t like to use the word “theft.” We’ll call it the usual, “Strategic Transfer of Equipment to an Alternate Location.”

Those patches on their chests will light up in NVGs.

Those backward flags worn U.S. military uniforms keep blue-on-blue accidents from happening at night. While in the field, they’re worn on the chest or arm. When the wearer transitions to veteran status, it goes on their ball cap.

No matter which brand you prefer, Gerber or Leatherman, this is one of the most useful things troops deploy with. The range of use is astonishing. You can use it for one of its many on-label functions, like a screwdriver. Or maybe you need to bend the lower receiver on a .50-cal back into place. Or maybe you need to pull some shrapnel out of your battle buddy. The multi-tool is what you need.

In your post-military life, your Gerber is likely to end up constructing Ikea furniture.

Or, in my case, breaking Ikea furniture.

Everyone knows a fleece jacket is both comfortable as hell while making you look 20 pounds heavier. The Army’s extreme cold weather fleece has the same problem with the added benefit of being a part of a bigger cold weather system that actually works.

I am warmer just looking at this photo.

In the event of nuclear war, two things will survive: cockroaches and your old, angle-head flashlight. These old things are beloved by veterans of many eras. Sure, they update the issued lights, they switched to surefire flashlights, and they even updated the angled heads on some models, but there’s a reason these are so iconic.

And it’s not just because of how many movies and video games they’re in.

You may not have a daily use for a signal light, but chances are good this is in your home or car emergency kit — or even your bug-out bag.

This one only applies to Marines, but the KA-BAR is pretty much the utility knife. For whatever reason they might need a utility knife, Marines will always say their issued KA-BAR is indispensable. And none of them ever want to give it up at the end of the day.

Do not try to steal one of these from a Marine. You might get to know the pointy end very fast.

Not every branch refers to the poncho liner as the “woobie,” but everyone can appreciate how useful this blanket is. It now even has a cult following of troops and veterans who turn their woobies into everything from smoking jackets to snuggies.

This guy looks like he’s running for office and, frankly, I want to vote for him. (Facebook photo from The Woobie Smoking Jacket)

If you don’t think the Camelback is an amazing advance in issued military equipment, try to remember what it was like to haul around a canteen on your LBV.

You know what else is great about taking a camelback on a deployment? Or hiking, or boating, or literally anywhere else where you need to carry a lot of water? It doesn’t taste like sh*tty canteen water.

Article Name
7 Best Pieces of Military Gear Issued
Description
One of the was things about joining the military is the gear. From sharp items to things to keep you warm, here are the 7 best pieces of military gear issued.
Author
Blake Stilwell
Publisher Name
We Are The Mighty