6 Ways to Spot A Veteran Wannabe 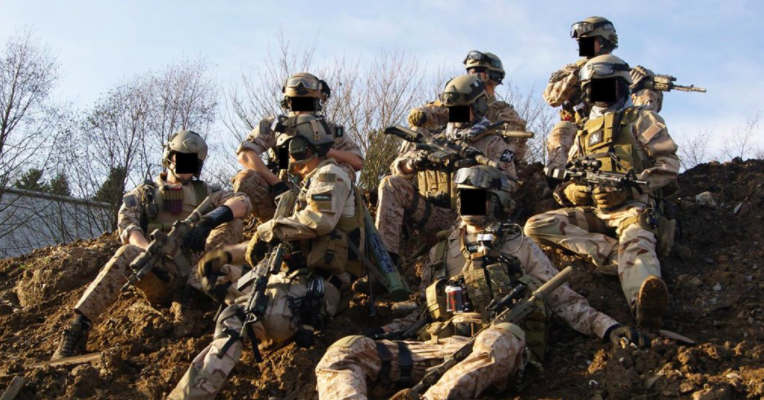 America is full of some amazing, patriotic people who have gone to great lengths to serve their country. That said, there’s a countless number of people who didn’t serve who enjoy dressing the part for their personal entertainment.

And, frankly, there’s nothing wrong with that — as long as they don’t claim to be a veteran.

Here’s how you can spot a veteran wannabe.

Related: 6 ways you can tell a troop isn’t an infantryman

1. They use military terminology because they think it’s cool

“Let’s go Oscar Mike back to the COP before 1300 to get some chow and hit the head.”

Translation: Let’s go home before 1 o’clock to get some food and use the restroom. Oscar Mike means, “leaving.” COP stands for “Combat Outpost.”

Why can’t these people just talk normally? We know, it’s a damn shame.

It’s no secret that camo print is a go-to style for many civilians. Sure, we get that. But it’s another thing when people wear camo day-in and day-out. Even if they never served, they want to look like they have.

Airsoft and paintball are pretty fun. Sometimes, however, the players buy over-the-top, faux-spec ops gear to immerse themselves in the military mindset.

4. They wear their “serious faces” in group photos at the range

It’s hard to fully understand the struggle of grabbing a sushi lunch just an hour before charging the tree house guarded by the blue team. Make sure to take a photo to show how tough you are.

5. They bring up excuses as to why they didn’t serve — unprovoked

Just continue to be patriotic, that’s all we ask.

Also Read: 6 ways to avoid being ‘that guy’ in your unit

6. They think they’re an operator for conducting airsoft and paintball missions

Veterans across the globe reenact historic battles to preserve the memories of the men that served. However, if you civilians dressing up like a SEAL team and recreating the Osama bin Laden raid, that’s the ultimate red flag of the veteran wannabe.