The 6 Military Virtues Most Attractive to an Employer 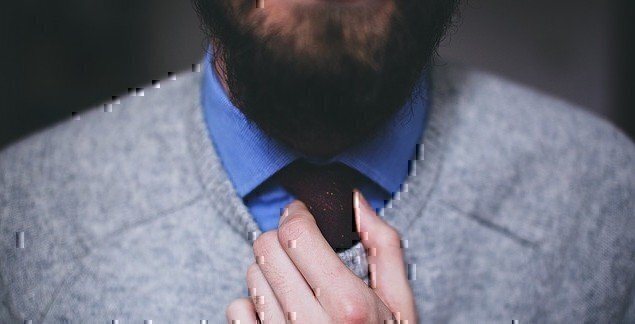 You’ve seen the respect in civilians’ eyes when they hear you’ve been in the military. You’ve heard that civilian employers sometimes actively seek veterans. But you worry that you’re competing with civilian job candidates who have more direct job experience, better qualifications or more education. So how do you package your military experience to highlight your best qualities for an employer? Just focus on these six military virtues.

Military members have a reputation for being dedicated to their job. To a civilian it seems natural – who would sign up to spend months on a ship, or weeks living in the field, if they weren’t dedicated? This is a big advantage for you, because civilian employers are constantly dealing with flaky employees.

Some just stop showing up to work. Some skip days occasionally (usually by claiming they’re sick). Some can’t make it to the job on time in the morning, or constantly try to cut out early. Some spend most of their time avoiding work: chatting with co-workers; trolling social media; or watching YouTube videos.

But you can point to your military service and tell a potential employer that you know how to get to work on time, work hard throughout the day, and take pride in a job well done – and trust it will be music to his/her ears.

If you’ve ever heard the phrase, “There’s always a job available if you’re good enough,” it refers to having a can-do attitude.

There are many employees who need constant monitoring and guidance, or who simply won’t do a task if they haven’t been told how – which wastes time and money for the company. Military members have a reputation for being resourceful and able to get the mission accomplished without too much guidance or support (an employer’s dream).

But don’t forget they also have a reputation for being big, dumb conformists who can’t do anything for themselves without a direct order (an employer’s nightmare). If you can get past the negative stereotype and represent yourself as someone with initiative, employers will be very interested.

Do this by recalling the time when you were given a new assignment and had to learn the ropes quickly. Or tell a (true) story in which you had to complete a particularly odd or difficult task, and you did so by figuring it out yourself.

A few searches of “millennial workplace” on the Internet will reveal hundreds of articles and videos decrying (and mocking) the careless attitude of millennials (the name given to workers in their 20s) toward work.

Whether or not you believe that young workers today are really less professional than their parents, the fact remains that employers desperately want people who can take criticism without getting hurt or indignant, who know how to dress and speak respectfully, and who are more interested in actually doing the job than they are in, say, “logging a paycheck to support my real life” or “being cool” with their co-workers.

You can emphasize this just by using normal military courtesy during an interview process and presenting a clean-cut appearance, as in trim (not shaggy) hair – especially facial hair – clean respectable clothes, and good posture. You can also point to your personal development as a military member, which usually occurred on the receiving end of some pretty blunt criticism.

American culture makes a big deal about the character of military service members, with particular focus on how they always do the right thing. You’ll find that employers (and most civilians) usually assume you’re a good person just because you’ve served, and that can give you some traction with a job assignment.

Noting to a potential employer that you wanted to “do the right thing” in joining the military frames you as the kind of person who wouldn’t steal from a company, lie to protect a fellow employee or make life difficult for others in the work space.

A supervisor of a field team – they did outdoor maintenance on telephone poles and cell phone towers – once stated that he loved hiring military veterans because they didn’t mind getting up early and standing around in the rain.

The requirement of handling tough situations with grace applies to all field teams, whether they do dirty work in a sewer or consulting in office buildings. A casual comment on the hardships of military service, tactfully dropped in a resume or during an interview, can remind potential employers that you already know how to handle adversity – they don’t have to take their chances on a civilian.

Do this with comments like, “The hours were early, but I loved doing the job,” or, “When you have a good team, you don’t notice things like bad weather.”

Jobs which require a lot of travel, or require the employee to change tasks often, are sometimes hard for employers to fill.

To the average young civilian employee, variety sounds great at first. Traveling? No problem! At least they’re not stuck in an office all day … until the six-hour drives, mid-level hotels and an endless parade of chain-restaurant meals get old. Different job every day? Great! Keeps life interesting … until they realize they want a little more control over their life.

But as a veteran you can point to the fact that you routinely went to the field, went on unit detachments, and even after that you went on. Knowing that you’re an experienced and confident traveler, and that you’re used to changing direction on the job, is a big enticement for a potential employer with that kind of need.

The bottom line is that employers are looking for someone who is reliable – literally, an employee they can rely on to do the job, to do it right, and who doesn’t complain or give up. Emphasizing your best military virtues will help explain to potential employers your value, and will let them know they can rely on you to be a good employee.