5 Things You Didn’t Know About the First Female Marines 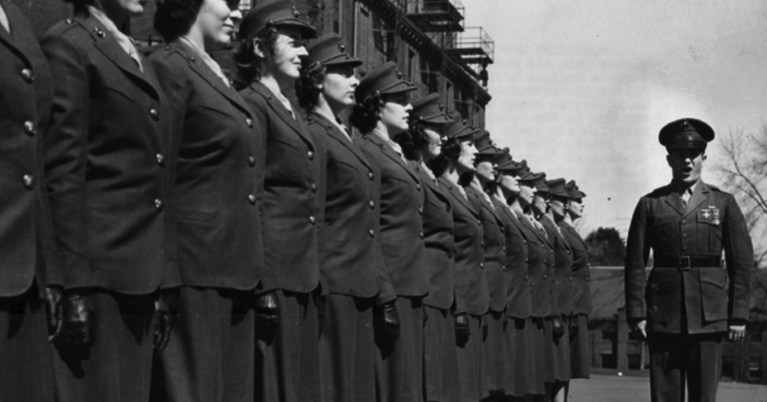 Since 1775, male Marines have been involved in some of the most epic battles in military history. They’ve courageously fought in every climate and every place where they could take a gun, from the flag raising at Iwo Jima to kicking down doors in Fallujah.

One aspect the Corps’ history that tends to get overlooked is the impact females Marines have made, and they’re just getting started.

Related: This is the first African American to earn the Medal of Honor

In 1918, Opha May Johnson was the first known female to enlist in the Marine Corps. After her, 305 brave women decided they to would swear the oath and join the beloved Corps, serving in the Reserves during World War I.

2.  FDR was the president who created their Corps

In 1943, Congress allowed President Franklin Roosevelt to ink into law the creation of the Marine Corps Women’s Reserve.

After the Marine Corps’ Women’s Reserve was officially created, Lucille McClarren, from Nemacolin, Pennsylvania, was the first female to join the reserve unit. Before joining, Pvt. McClarren worked as a stenographer for the War Department in Washington, D.C.

4. They served in ancillary combat positions to support the fight

The new females Marines were limited to non-combat related roles and took up occupations in clerical positions. However, many of them worked their way into the fight and earned ancillary combat position like mechanics, radio operators, parachute riggers, and welders — just to name a few.

5. They paved the way for today’s Corps

Today, females have earned their right to work and fight alongside their male counterparts on the frontlines. They’ve displayed extreme dedication to the Marine Corps in various infantry roles and continue to prove that they are capable of much more than history has given them credit for.

Check out the Marines’ video to witness the incredible impact females have had on the Corps’ history for yourself.

READ NEXT: 7 OF THE WORST PHRASES TO HEAR FROM YOUR LEADERSHIP