5 High-Paying Non-Desk Jobs That You Will Actually Have Fun Doing! 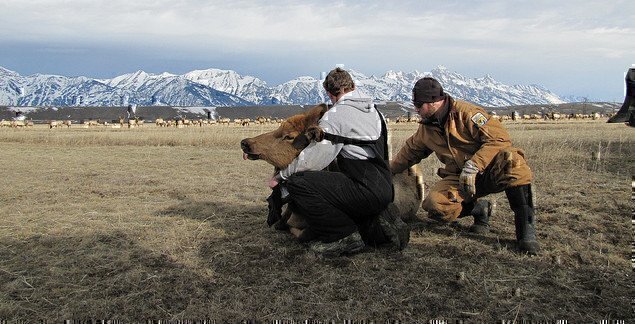 For some veterans, the regular cycling between locations is one of the best features of military service. No matter how monotonous the duty, the next deployment or a change in duty station could provide a break in routine or a needed breath of fresh air. Non-desk jobs may be your solution, or at the very least jobs with both desk and field experience.

If you long for the days of alternating between low-stress office duties and the excitement of deploying, there is a glimmer of hope in the civilian world. While most civilian careers have to pick between field and office, here are some of the best out-of-office and field work  jobs you can get.

If you got the engineer brain, go for it! An engineering career is a great non-desk job that pays well and is a lot of fun. It is essential that a prospective engineer looking to avoid office duty pick the right degree. While computer and chemical engineers generally work indoors, petroleum, civil and agricultural engineers often split time between office and work sites. For would-be engineers who feel the irresistible call of the wild, survey engineers, cartographers, and mining engineers more often than not work on location.

A career as an engineer requires a bachelor’s degree. Career outlook varies depending on specialty, but most engineers make between $50,000 and $100,000 and have unemployment rates well below the national average.

Like military service, police work can be defined by long periods of routine work followed by short bursts of excitement. Also like the military, time spent in the field can depend heavily on assigned position. New police officers are likely to find much of their duty out in the community, with the remainder broken up with administrative duties, training and roll call. At the other end of the spectrum, administrators, dispatchers and supervisors often work in an office setting.

Police officers make good money ($56,980 on average in 2012), and as public employees have good job security. College degrees are usually not required, but can be helpful for pay and promotion.  If you do decide to be a police officer, know that you will have non-desk duties working out in the field followed up with paperwork at the desk.  Thinking Police Officer? Here’s the Truth on Becoming One

Archeologist is a classic case of choosing passion and work satisfaction over a more financially practical career. Yes, archeologists make a decent salary on average ($57,420 in 2012), but most have spent anywhere between six and 10 years in higher education to get to that point. Archeologists often split time between teaching, researching and working on archeological dig sites. Recent studies indicate archeologists spend only a tiny fraction of their time dramatically swinging from whips and fist-fighting Nazis on famous historical landmarks.

Network administrators work with all forms of computer network technology, so the “field”  in this case may well mean an office building on the other side of town. Duties can range from granting new users network access to laying data cables to planning and deploying new network configurations. With so many potential duties, a network administrator’s duties work may take place at a desk, around the office, around a large campus, or even on remote sites linked by the Internet.

Prospective network administrators should usually pursue a bachelor’s degree in a computer science-related field, but sometimes relevant work experience can suffice. Network administrators have a good employment outlook and earn an average of $72,560 per year. Interested in the Information Technology Sector?  We list Information Technology as a 2105 HOT DEGREE.  Click the link to read more.

As with archeologist, no one becomes a wildlife biologist to get rich — they do it to watch baby seals or dolphins frolic happily. Of course, since many of the organisms wildlife biologists research are not so cute or cuddly, it’s probably worth asking yourself whether or not you are willing to trudge out to the swamp to count bot flies or gather algae samples before you commit to the bachelor’s degree needed to break into the field.

The amount of time a wildlife biologist spends in the field can vary based on workplace and specialty. The job outlook for wildlife biologists is below average, with a median pay of $57,710 per year, and relatively low job growth.

Are you transitioning out of the military and looking for job security? Temporary jobs are probably fairly low on your radar, read this next post why you should get a temporary job and  why they are worth it! 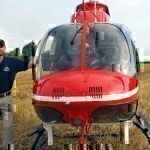 READ NEXT: 6 Outdoor Jobs for Vets