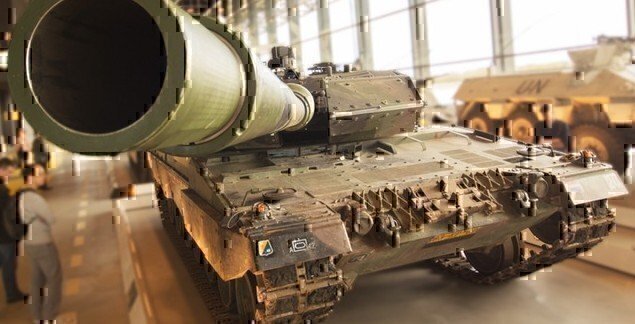 The rumor mill is one of the most amazing things about Army service. Conjecture seems to travel through the Private News Network at speeds rivaling any military vehicle. Unfortunately, the PNN is not the most accurate place to get news and there are certain urban legends that show up time and again. Here are five of the rumors that just won’t die.

1. “These soft new soldiers could get a break in basic by just raising their stress cards.”

It seems like every time the Army graduates a class of basic trainees, the rumor pops up that this class was issued the fabled “stress cards.” These legendary pieces of paper would allow soldiers to take a time out if basic was getting too stressful and challenging, but the cards were never supposed to provide a break.

Snopes researched this myth and found an example of cards referencing stress in Navy recruits, while Stars and Stripes found a card that was issued to new soldiers. Neither card allowed for a time out though. The Navy card listed resources stressed sailors could turn to instead of running away or committing suicide. The Army cards served as a reminder to training cadre that recruit stress was real and should be managed.

For both services, there are reports of recruits trying to get out of training by raising the card, but training cadre were not obliged to provide a time out. A 1997 federal advisory committee recommended the use of the cards end due to the widespread misconception that they could be used to take a break.

2. “The Army was drugging us in basic. That’s why we didn’t want to have sex.”

Soldiers in basic may be surprised to find they can go months without sex and not miss it during training. In whispered conversations over dining facility tables, this is blamed on the Army lacing the food or water with saltpeter or other anti-libido drugs.

Stars and Stripes addressed this rumor and every branch of service provided an enthusiastic denial of the myth. In the article, a spokeswoman for the Kinsey Institute addressed the likely cause of soldiers’ lowered sex drive.

“Most people when they are under stress are not interested in sex,” Jennifer Bass told Stars and Stripes. “There are other things going on that are more important that they have to take care of physically and emotionally, and usually those two have to be working together for sexual response to happen.”

The rumor sometimes manifests as the Army drugging deployed soldiers, but the real cause of the dampened libido overseas is probably the physical and emotional stress of combat.

The story goes that the first shipments of M-16s to U.S. troops in Vietnam had handgrips stamped with the Mattel logo, since Mattel had been subcontracted to make the parts in the first few runs of the new rifles.

While a great story, it’s not true. Snopes thinks the rumor started due to a joke among service members. The M-16 was plagued with problems when it first debuted with U.S. troops. Since it was made of plastic and did not function well as a weapon, troops joked that it was a toy using the tagline of the largest toy manufacturer of the time, “You Can Tell It’s Mattel… It’s Swell!” Mattel also manufactured a toy version of the weapon, likely adding to the myth.

The rifle was originally created by Armalite, and it had been producing the M-16 for export for over three years before the U.S. placed an order in 1962. Armalite had supplied an order to the Federation of Malaysia in late 1959, followed by orders for testing in India and fielding by the South Vietnamese. Manufacturing of the design was licensed out in 1962 to Colt who made the weapons finally delivered to U.S. troops in Vietnam in 1965. Colt, Armalite, and yes, even Mattel, have all denied involvement the toymaker had any part in manufacturing parts for the M-16.

4. “Hollywood doesn’t get our uniforms right because it would be against the law.”

Military movies are filled with annoying inaccuracies, something WATM has been happy to point out on multiple occasions. The rumor when it comes to uniform errors is that federal law prohibits civilians from wearing military uniforms, so Hollywood changes aspects of the uniform to get around the law.

First, the law exists but it applies whenever someone fraudulently wears the uniform, even if they intentionally get details wrong. Also, there are exceptions written into the law to protect artistic performances.

Since actors are allowed to wear the uniform while performing, Hollywood could legally portray the uniform properly just as easily as they display it incorrectly. Typically, movies gets the uniforms wrong because the crew doesn’t know better or doesn’t care. At the end of the day, it’s a costume designer outfitting the actors, not military technical advisors.

Many companies have been accused of not supporting the troops for various reasons, but Starbucks seems to be the one who gets criticized the most due to a myth that they openly voiced a lack of support to the Marines. The origin of the Starbucks myth is actually well established. A Marine Corps sergeant heard that some of his peers had requested free Starbucks coffee and been turned down.

The sergeant blasted out an email requesting true patriots boycott Starbucks. Starbucks addressed the accusations, saying that the corporation doesn’t provide free coffee to any organization besides non-profit charities, and the policy wasn’t meant as a comment on military service members. Starbucks employees receive free coffee from the company, and Starbucks allowed its employees to donate this coffee to troops deployed. The company itself just didn’t directly donate any beans.

The originator of the email later apologized, but the myth that Starbucks once voiced opposition to war veterans persists. Starbucks has made a few large overtures to the military community to prove its loyalty. They’ve sent care packages to troops, introduced programs to hire more veterans, and used profits from stores in military areas to fund local veteran charities. In 2014, Starbucks CEO Howard Schultz announced a $30 million donation to support research into PTSD and brain trauma.