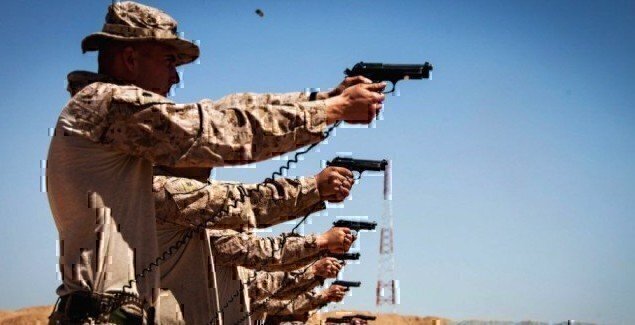 Most of the news about combat trauma and PTS(D) is bad. Those of us who slogged through nasty deployments are often seen as ticking time bombs. Civilians tend to throw out a “Thank you for your service!” before scurrying away.

Combat isn’t necessarily bad, though. We all know that, but it’s hard to communicate to people who lack exposure to the military. There are questions that naturally pop up, and we need some answers.

What does it say about us that we survived? What happens when we make it back home?

Retired Marine Gen. Jim “Mad Dog” Mattis sees the benefits, not the costs. Last year at the Salute to Iraq and Afghanistan Veterans in San Francisco, he talked a lot about Post-Traumatic Growth, not Post-Traumatic Stress Disorder.

Mattis knows that the public emphasizes the negative experiences. Many people are tempted to think of combat vets as broken or suffering. What they ignore, he says, is that we come back stronger than when we left. We are challenged by war, forced to grow and adapt, and return as a more kick-ass version of ourselves.

Combat vets are survivors. The mindset and skills we pick up in war are incredibly valuable no matter what we choose to do after taking off the uniform.

Badass skill #1: We are better able to multitask, especially in chaotic environments.

This is a no-brainer. It’s the foundation of every infantryman’s “shoot, move, communicate” skillset. Where else are you expected to maintain awareness of your environment while simultaneously communicating with other units and assets in an area?

Badass skill #2: We have higher tolerances for stress.

There are a lot of people who think they lead stressful lives. Traffic, emails, complaining kids; all these things can seem like stress until you deploy for 7 to 12 months at a time. We may get annoyed by life, sure, but who doesn’t? The difference is that combat vets function better when things get really nasty, not collapse under the strain.

It’s hard to find something more challenging than combat. There is the grueling months of the work-up, the separation from friends and family, and then the slow and steady grind of the actual deployment. Many of us repeat this cycle again, and again, and again. After that you can be pretty confident that life isn’t going to throw anything at you that you can’t handle.

Badass skill #4: We can adapt to new tools and technologies.

Despite what a lot of people think about military technology, we get to use some pretty cool stuff. More than that, the gear is constantly changing, sometimes even during deployment. We have to be adaptable – willing to learn on the fly. Quick on-the-job training is incredibly valuable for many jobs.

William Treseder served in the Marines between 2001 and 2011. He now writes regularly on military topics, and has been featured in TIME, Foreign Policy, and Boston Review.