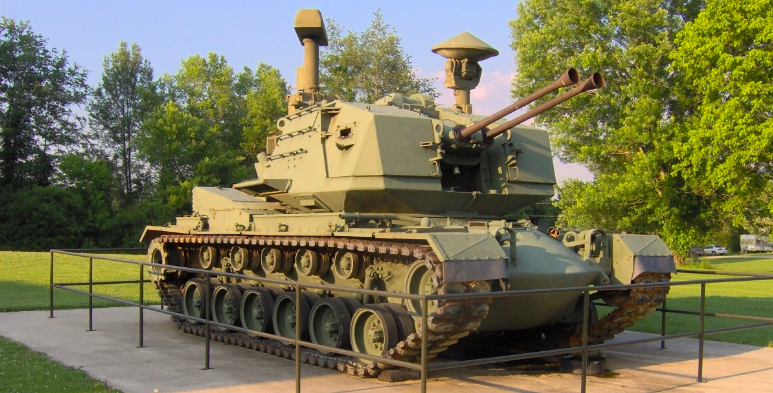 Some military vehicles are given names that accurately reflect what they do and how well they do it. Others, however, are not so fortunate — they’re given military monikers that simply don’t fit.

The following tools of war were either given names so lofty that it makes a mockery of their actual performance or a name so low-class that it’s a disgrace to the weapon.

At Midway, the Devastator got devastated by Mitsubishi A6M “Zeke” fighters.

This plane’s name would have you thinking it’s something that can deliver a huge amount of firepower, sufficient enough to destroy whatever ship lays in its path. Unfortunately, this was far from the reality of the Douglas TBD Devastator.

At the Battle of Midway, a total of 41 Devastators attacked the Japanese carriers. Torpedo Squadron Eight, based on the aircraft carrier USS Hornet (CV 8) and accounted for 15 of those Devastators — all of which were wiped out. In total, only six Devastators survived. ‘Devastated’ is a much more fitting title.

The KC-97 Stratofreighter was really an aerial refueling tanker, as seen in action with these A-7 Corsairs.

This plane found quite a bit of success in its lifetime: 811 were built by the United States and it saw plenty of peacetime work. It was introduced in 1951 and stuck around until 1978 with the Air National Guard. So, what makes ‘Stratofreighter’ such a poor name choice?

This plane wasn’t a transport — it was a tanker. This plane refueled the bombers and fighters who took the fight to the enemy. Really, this plane should have been called the ‘Stratotanker’ (a name later used by the KC-135) because there’s no ‘freighter’ involved.

The only things mauled by the MIM-46 Mauler were the reputations of those who thought it was a good idea.

This missile was intended, as the name implies, to maul enemy planes that approached on close-air support missions. Well, as it turns out, the only mauling the missile did was in theory. In reality, it suffered from all sorts of problems, ranging from failing launch canisters to malfunctioning guidance systems.

Ultimately, the Army instead turned to the MIM-72 Chaparral and Navy went with the RIM-7 Sea Sparrow. The MIM-46 was test fired in 1961 and, by 1965, the Mauler mauled no more.

This was what the M247 Sergeant York was supposed to be. Reality was very different.

Sergeant Alvin York was known for his marksmanship, earning the Medal of Honor for heroic acts performed during World War I. The M247 Sergeant York, conversely, was anything but a marksman. When it came time to test this vehicle, which was equipped with a pair of 40mm cannon and the radar of the F-16, it couldn’t even hit a hovering drone. The radar simply couldn’t track anything.

Surely, Sergeant York rolled in his grave over sharing a name with this lemon.

What weapons do you think have unfortunate names? Let us know in the comments!

Article Name
4 Most Poorly Named Military Weapons in History
Description
Typically military weapons are named in relation to the destruction they cause or how powerful they are, but sometimes not. Here's 4 of the most poorly named military weapons ever
Author
Harold C. Hutchison
Publisher Name
We Are The Mighty