3 Reasons Why a Tough Job Interview is Better for You 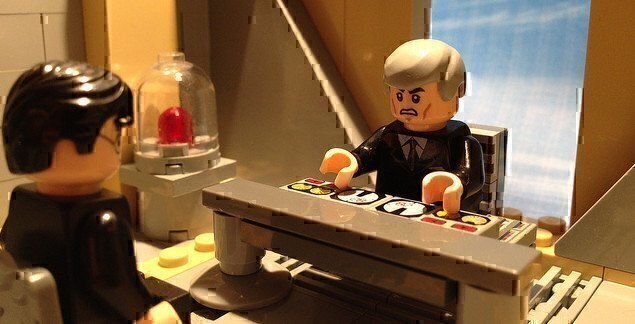 In a previous article we discussed 5 things to do to prepare for a job interview but now we want to talk about what happens after.

So you’ve just gotten out of a brutal job interview. Your tie is askew. Your pantsuit drenched in sweat. Your eyes are misty, probably from allergies. The hiring manager went over your resumé with a fine-toothed comb, quizzed you on your technical knowledge, grilled you on your personal mission statement and career outlook.

Right about now, you probably need to hear that everything is okay.

Don’t worry, it’s better than okay. It’s actually a good thing! Now dry those tears and put away that carton of ice cream, we’re going to talk about the best things about a difficult job interview.

Sadly, we don’t live in the kind of world where there’s a well-paying and highly fulfilling job just sitting out there waiting for you to waltz in and start on Monday. The sad fact is that getting an interview is just the first step, and while the economy is improving, good jobs are often still highly competitive. What this means is that there is a good chance that your first interview will not result in you getting your dream job.

It might take three or five or twenty interviews to land that job, and every time you go in, you’ll be more experienced than the last. That means you’ll be calmer and more confident. You just can’t get that kind of experience from an interview that consists of being asked if you can pass a drug test and being handed the job. You get it from being chewed up and spit out and learning from the ordeal.

They’re Screening Your Coworkers Too

Have you ever had a completely incompetent coworker? Wouldn’t it be nice if you didn’t have to clean up their messes on a regular basis? If only there were some kind of screening process where companies could choose good employees over bad ones.

Sure, a difficult interview isn’t going to be the sole determination of the quality of a company’s employees. Pay, benefits, corporate culture, and internal development have something to say about it too, after all. But we’ve all known at least one person that simply could not have been interviewed for longer than thirty seconds and still been hired. A tough and thorough interview process is about more than just asking people where they think they’ll be in five years. It’s about performing due diligence on their résumé and weeding out the people who can’t hack it. If a tougher interview you can get rid of that guy, then going through it yourself is probably worth it.

In my early twenties, I had an HR screener say to me, right before I went in for an interview “You aren’t qualified. Why would you even bother to apply for this job?”

My performance that day was… not good. But on the positive side, it did toughen me up for later interviews.

Hiring managers are not your parents and they don’t love you (unless your mom actually is the hiring manager you’re interviewing with, in which case she loves you very much). Before you step foot in the door, you are just a résumé, a potential investment. It is not a hiring manager’s job to make you feel great about yourself, it’s their job to make sure you are a good investment for the company.

Hey, even veterans can benefit from a reminder that the civilian world can be rough. On active duty, it’s easy to think of the civilian world as some kind of fluffy, hug-filled utopia (or hell-scape, depending on your point of view), but if anything, your civilian employer probably cares about you less than your military chain of command— even if they don’t threaten to end your miserable existence nearly as often.

READ NEXT: How to Use a Job Description to Your Advantage