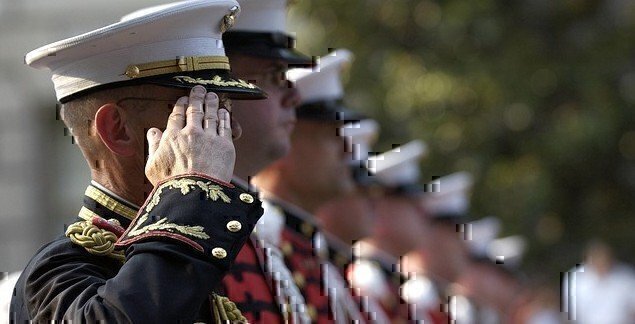 You’re getting out of the military. The light at the end of the tunnel is so close you’re wearing shades. The freedom to do and say anything you please is barely containable, literally.

In an attempt to foster the best transition for as many Veterans as possible, I’ve compiled a list of things we should never say. Whether they paint the Veteran community in a bad light, or they’re just completely inaccurate all together, hopefully this list will help promote a positive, realistic outlook on post-military transition.

#15     “I can’t wait to never have to wake up early again, ever.”
Waking up early isn’t singular to the military lifestyle. Unfortunately, it’s a side effect of something much larger…life.

#14    “I’m not worried about transition; remember SPC Smith? I heard he got a contractor job making millions–I’ll just do that.”
Post-military transition should come with a warning label: Results not typical, individual experiences may vary.

#13     “I’m so glad they don’t do drug tests in the civilian world.”
Not only are there equally as many drug tests involved with most civilian employment, simply reducing your pay as punishment is generally not an option. Drug charges come with criminal records and jail time.

#12      “I don’t need to write a resume, my cousin’s dad’s brother’s best friend from twelve years ago said he could get me a job.”
While I’m sure that person has the best of intentions, this situation sounds about as reliable as a 0400 weapons draw.

#11      “The medic at the clinic told me I’m guaranteed 100% disability for my sleep apnea, I’ll just live off that.”
We all know not to trust the barracks lawyers, the same goes for anyone in MEDCOM. Repeat after me: Results not typical, individual experiences may vary. Besides, disability compensation is decided by the VA, so if that’s the agency you’re willing to put your faith in, you go you daredevil you.

#10     “I’m just going to take online classes from the comfort of my recliner, in my underwear.”
Being a culprit myself, I can speak firsthand to how easy it is to let your studies slip when you don’t take a serious approach, especially when you don’t have to physically go to a classroom. Try implementing these study habits to keep you on track, underwear optional.

#8      “I can collect unemployment for months, why would I want to get a job? The government practically OWES me that money for the hell they’ve put me through.”
If this thought has never crossed your mind, well, you’re lying. We’ve all thought it, and it certainly is tempting. I recommend doing some research if this is an approach you’re seriously considering–unemployment isn’t all you’ve got it cracked up to be.

#7      “I’m just going to take a couple years off and do. Absolutely. Nothing.”
Assuming you’re planning on eating or clothing yourself for the next couple of years, you’re going to need some form of income. Unemployment? See above. Found a way to get everything you need and still not work or collect government funds? Call me.

#6      “I can’t wait to no longer care about what our government is doing.”
I could go into a long diatribe about how this country was founded on freedom and our rights as citizens to play an active role in our government, but I digress… A DD214 ends your paychecks, not your patriotism.

#5      “There’s no way civilian companies are as poorly organized as the military.”
Believe it or not, they are. Because America is, well, America. And in America, there are no regulations to owning your own business. You’re not mandated to have a business degree or to have even graduated the seventh grade. Thus resulting in hundreds, if not thousands, of ill functioning, unorganized workplaces scattered across the country. Want to ensure you don’t end up in one of those companies? Start your own!

#3      “I can’t wait to go on vacation whenever I want, without having to ask for permission.”
Before the visions of weeks on end spent lounging in Fiji completely consume you, let me bring you back to reality. There are no “four-days” in the civilian world. There’s no sick call. There’s no buddy on staff duty to sign you out. Any time spent away from work is counted against you, and it adds up quick.

#2      “I’m never working out again, in my whole life.”
Trust me, I get it. Six months spent at Fort Bragg cured me of ever wanting to move at a pace faster than a brisk walk again. But, you’ll be surprised at how enjoyable exercise can be when you get to pick your poison. So whether your passion is playing sports, Crossfit, or learning yoga; leave the PT bashing to those still on active duty doing the overhead arm clap.

And last but not least, and my own personal favorite….