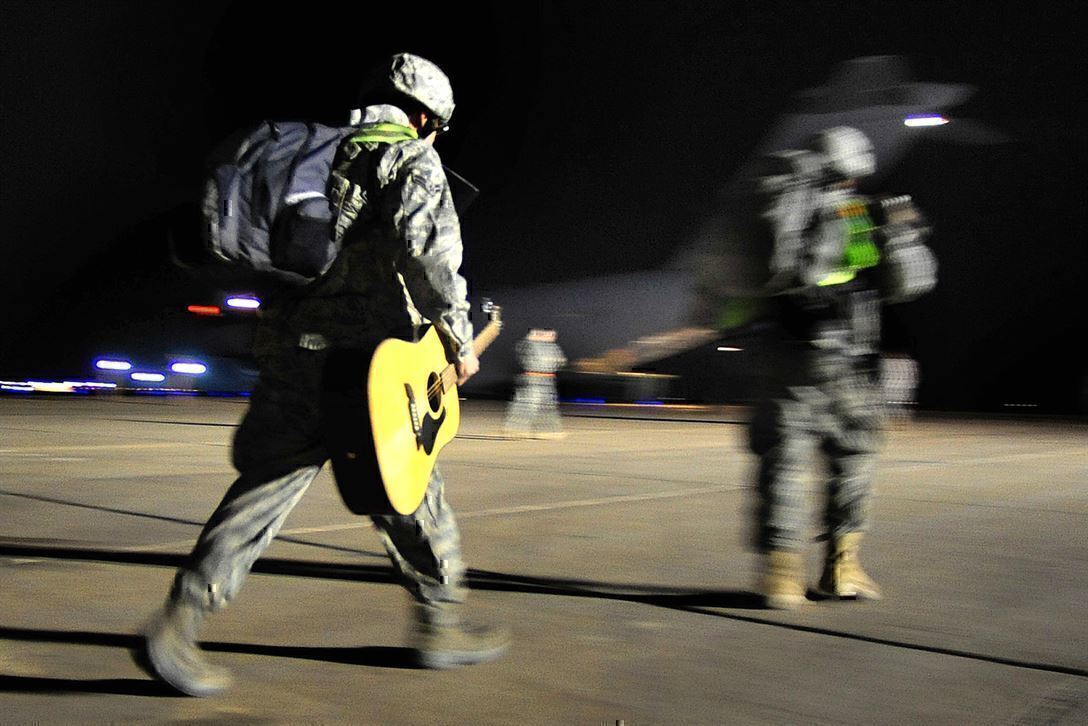 1.) The Night They Drove Old Dixie Down – The Band

Released on The Band’s self-titled second album, The Night They Drove Old Dixie Down recounts the waning days of the American Civil War through the eyes of a poor, white southerner named Virgil Caine. The song, which was written by Robbie Robertson and Levon Helm, is commonly included in lists of the greatest songs of all-time. Covered by bands such as The Black Crowes and The Allman Brothers Band, The Night They Drove Old Dixie Down is an unhindered vision into the roots and culture of Americana music.

Written by David Crosby shortly before his dismissal from The Byrds, Draft Morning recalls the experiences of a young American man on the day he was drafted into the Vietnam war and throughout his service. Crosby was actually fired from The Byrds prior to the song being finished, but Roger McGuinn and Chris Hillman re-worked the song and gave themselves writing credits. Draft Morning is one of my favorite Byrds songs, as it has their iconic, melodic sound.

The General tells of an old, battle worn General who, after years of battlefield success, urges his men to look for more in life than war. The song depicts a hard-to-grasp aspect of the American Civil War, or any civil war for that matter, which is the idea of a faction of people of the same nationality, separated by belief, waging war on one another. The General remains one of the most beloved songs in the Dispatch catalog by their devoutly loyal fan base.

Written by bassist Steve Harris, The Trooper is based on the Charge of the Light Brigade at the battle of Balaclava during the the Crimean War in 1854. A famous poem of the same name was written by Lord Tennyson. The Trooper appeared on Maiden’s 1983 masterpiece Piece of Mind, and remains a staple in their live repertoire.

In typical Dylan fashion, he held no punches when it came to voicing his opinion about the government. Dylan has explained that Masters of War is not an anti-war song, but it is rather anti-corruption. It stands out as one of the harshest songs of criticism in his catalog, which is saying something for a man who has forever etched his name in the stone of confrontational art.

Isbell’s Tour of Duty is written through the eyes of a man returning from military service to find a life filled with simple pleasures, yet not quite the same as it was before. It is an honest, sometimes content and forward thinking account of a man trying to transition into civilian life. Isbell has made his mark as one of the finest songwriters of the last twenty years, and Tour of Duty is a genuine example of his mastery of Americana music.

Clocking in at more than seven minutes long, Us and Them stands as one of the pillars of Pink Floyd’s legendary 1973 album Dark Side of the Moon. As much of the album does, Us and Them examines the themes of maturity, the passing of time and conflict. Roger Waters specifically questions whether human beings are capable of being humane, and asks whether two sides of a conflict are truly too far apart. Waters’ father was killed during World War II, and he has used the theme of war as a vehicle to examine human behavior on many occasions.

As Dylan did with Masters of War, Black Sabbath commented on the idea of somebody using war for their own personal gain and the evil that can come from this. At first it was believed to have been an anti-Vietnam War song due to the time period in which it was written, but the group dispelled that notion. It is regarded by many, including myself, as the greatest heavy metal song of all-time. War Pigs is the lead song on Sabbath’s legendary 1970 album Paranoid, and was a stalwart of their live shows.

Colin Meloy of The Decemberists explained Dear Avery as being written through the eyes of a mother whose son is off at war. It is presented in the form of the mother’s letter to her son, Avery. She does not know his fate, nor his whereabouts. It stands as an emotional testament to the strength of parents whose children deploy. Dear Avery is the final song on The Decemberists celebrated 2011 album The King Is Dead.

10.) The Battle of Evermore – Led Zeppelin

Led Zeppelin, particularly Robert Plant, had a fierce infatuation with medieval war, and it was a topic for some of their most memorable songs. The Battle of Evermore, written by Plant and Jimmy Page, examines a Tolkien-esque story of dragons, castles and magic, and is set to instrumentation that reminds of an old English folk tune. The song appears on Led Zeppelin’s landscape changing album Led Zeppelin IV.