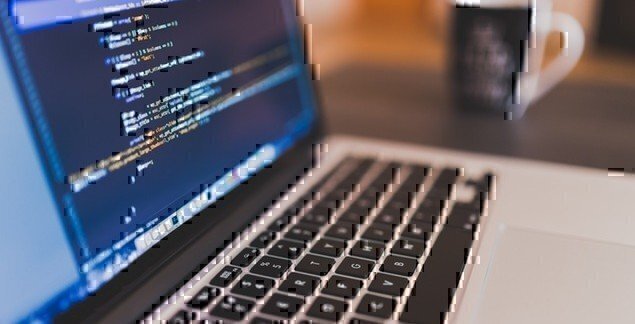 I discovered programming while deployed to Iraq in 2015.

I was working night shifts at the Joint Operations Center in Baghdad. My job was to the write the daily SITREP, or situation report, that summarized daily events in theater. My biggest problem was my primary source for information was one spreadsheet mostly filled with garbage data. Soldiers on remote outposts entering the data didn’t know what we were doing with it at headquarters, and as a result, they often entered incorrectly categorized cells or words when the spreadsheet was expecting numbers.

Instead of tediously fixing the spreadsheet row by row, I learned Python (a simple programming language that’s flexible enough to do hardcore statistics and serve videos on Youtube) and wrote a script that programmatically fixed the errors for me. This saved me hours of work every night.

The ability to write a set of instructions into a computer and save myself from doing unnecessary work (work smarter, not harder) hooked me. With my transition out of the Army coming up, all I could think about was how do I transform this newfound passion into a paying job upon leaving the Army?

I followed the time-honored military tradition of asking people for help.

I reached out to an Army veteran and entrepreneur who had sold his company to Facebook to ask: how do I build the skills and networks I need to find a tech job after getting out? He recommended that I talk to Ruben Harris, Artur Meyster, and Timur Meyster of Breaking into Startups, a podcast and community created to help people with non-traditional backgrounds find jobs in tech.

Ruben, Artur, and Timur know how challenging it is to make the career change. A few years ago they quit their corporate jobs to move to San Francisco and find jobs at startups. Inspired by their own experience, they created a podcast to tell the stories of people who successfully transitioned into the tech industry.

One of the people who have told their stories on Breaking Into Startups is U.S. Army veteran Edgar Pabon, who went from Army officer to software engineer at Amazon Music in less than a year without a formal computer science degree. Edgar’s story offers many actionable lessons that helped me during my journey from Soldier to software engineer and I highly recommend the podcast for veterans trying to break into tech without a formal technical background.

From Army to Programming Bootcamp

A year before his transition out of the military, Edgar, an armor officer at the time, started an online store using the e-commerce platform Shopify. As he sought ways to customize the site, he kept running up against the same barrier: he needed to learn how to program.

Edgar studied communications before entering the military, so he briefly considered going back to college to study computer science. To Edgar, however, it seemed impractically slow to go back to school for another 4 year degree to find a job.

So Edgar decided to enroll in a programming bootcamp, a new education option for people trying to transition into engineering roles at tech companies. Generally, these bootcamps are three months long and and provide an intense experience (many are 12 hours a day, 6 days a week) where students learn computer science fundamentals and how to build web and mobile applications.

Edgar chose Hack Reactor, a well regarded programming bootcamp in San Francisco, where he studied JavaScript, the language that most modern web applications are written in. After graduating, he successfully found a job as a software engineer at Amazon, one of the most coveted positions in the Bay Area. According to Hack Reactor’s audited placement statistics, 98% of its graduates find an engineering position after the program, with a $104,059 average salary.

The road from Army officer to programming bootcamp wasn’t easy though. During Hack Reactor and while searching for jobs, Edgar often found himself surrounded by smart people who seemed to know exactly what they were doing. As a new programmer, Edgar wasn’t sure if he belonged.

One major theme that Edgar emphasizes during his interview is how to defeat imposter syndrome, the fear that you’re not smart enough or good enough to achieve your goals.

This is a common problem for veterans seeking new careers even outside of tech. Leaving the military, veterans don’t get to bring all their rank and qualifications with them and often their hard-won experience is not directly applicable to the jobs they’re interviewing for.

Edgar quickly realized that learning to program, like his experiences at basic training and Officer Candidate School, is a game of perseverance. Learning to program (or becoming a Soldier) is not easy for anyone, even if you have the aptitude for it. But Edgar found that if you can continue to stay humble and learn something new everyday, you can make it.

“When you find yourself questioning whether you’re good enough, don’t worry about that. What you need to worry about is whether you have the will to keep going. If you’re motivated and you like it enough, [fusion_builder_container hundred_percent=”yes” overflow=”visible”][fusion_builder_row][fusion_builder_column type=”1_1″ background_position=”left top” background_color=”” border_size=”” border_color=”” border_style=”solid” spacing=”yes” background_image=”” background_repeat=”no-repeat” padding=”” margin_top=”0px” margin_bottom=”0px” class=”” id=”” animation_type=”” animation_speed=”0.3″ animation_direction=”left” hide_on_mobile=”no” center_content=”no” min_height=”none”][you can] keep going.”

Lessons for Other Veterans

To veterans and others seeking technology jobs, Edgar has the following advice: learn to deal with failure. Oftentimes, in the military, failure to complete the mission is verboten and a mark of shame. However, in the startup community, failure is seen as a necessary step in the learning process. Edgar applied to 80 different positions before getting an offer at Amazon.

With each rejection in a job interview, Edgar was able to figure which areas he needed to work on, and refined his skills until finally finding a job. Edgar emphasized that successful software engineers are “always going to be learning, always going to hit roadblocks and obstacles”.

For veterans trying to become programmers, the biggest challenge is starting.  With so many options available, it’s hard to know what is the best path to a career. Generally there are 3 paths to becoming a software engineer without a computer science degree:

Most programmers will use some mixture of all three resources when starting out.  The recommended path is to start with free online courses to see if programming is a good fit for you before committing the time and money required to go through a bootcamp.[/fusion_builder_column][/fusion_builder_row][/fusion_builder_container]