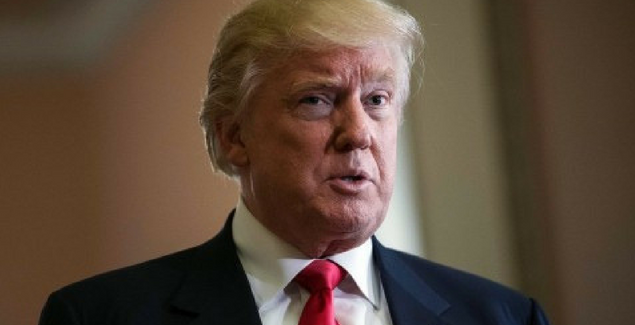 The generals likely to hold top positions in the incoming Trump administration share a common trait: They are combat veterans highly attuned to looming threats.

While it’s raised eyebrows in terms of traditional civil-military relations, president-elect Donald Trump’s decision to lean heavily on generals in building his national security team has been received with sighs of relief by many foreign policy and national security experts.

By the nature of their profession, senior military leaders tend to be pragmatic internationalists who know how to run large organizations. They understand from experience how the world works. They are generally disciplined and well-read. Having come of age on the battlefields of Afghanistan and Iraq, these generals are also intimately familiar with the horrors of war, and the second- and third-order consequences of firing the first shot.

“Given the huge amount of uncertainty over the composition of Trump’s national security team, I do think the announcement of a top spot for a general like Jim Mattis has been greeted widely with sighs of relief,” said Richard Fontaine, president of the Center for a New American Security in Washington. “As a rule, you might like to see more civilians in these jobs, but these are pretty exceptional times in the political life of the United States, and if the best people for these jobs turn out to be former military officers, so be it.”

Indeed, the generals likely to form the top ranks of a Trump administration are among the most renowned wartime commanders of their generation. As the presumptive Secretary of Defense, retired Marine Corps General Jim “Mad Dog” Mattis will have as his chief military adviser Marine Corps General Joseph “Fighting Joe” Dunford, appointed by Obama as chairman of the Joint Chiefs of Staff.

Both flag officers earned their nicknames the old fashioned way during multiple combat tours. They are also close to retired Marine Corps General John Kelly, another combat veteran and the former commander of US Southern Command, who will reportedly serve as Trump’s Secretary of Homeland Security. According to a knowledgeable source, it was Mattis who took upon himself the heartbreaking task of telling John Kelly that his son, 1st Lieutenant Robert Michael Kelly, had been killed in Afghanistan in 2010.

A more controversial choice is incoming National Security Adviser and retired Army Lt. General Michael Flynn. Before heading the Defense Intelligence Agency, Flynn served for years as the intelligence chief for Joint Special Operations Command in Iraq and later the International Security Assistance Force in Afghanistan. In both jobs his boss was General Stanley McChrystal, another name floated by the Trump transition team for a possible role in the new administration.

When McChrystal was fired as the top commander in Afghanistan in 2010 for intemperate remarks by his staff to a Rolling Stone reporter, he was replaced by General David Petraeus, the hero of the Iraq “surge” who until recently was on the shortlist for Trump’s Secretary of State. Both Flynn and Petraeus, in turn, are personally close to retired Army General Jack Keane, the former Army vice chief of staff and a backroom architect of the Iraq surge campaign who said he turned down Trump’s offer to become Secretary of Defense, opening the way for Mattis.

At his rallies, Trump likes to describe Jim “Mad Dog” Mattis as a reincarnation of pugnacious World War II commander General George Patton. But it would be a mistake and disservice to characterize this unique group of wartime field commanders as reactionary, warmongering, or incapable of compromise.

The lesson most senior military leaders took from Afghanistan and especially Iraq was the danger of the US military being overly committed to a mission without the sufficient backing of the rest of the US government, or of the American public. The Joint Chiefs thus generally shared President Obama’s reluctance, for instance, to get heavily involved in the Syrian civil war.

Those who fear an intemperate cabal of militaristic generals should recall that General Petraeus designed the more holistic and humanistic counterinsurgency strategy in Iraq and Afghanistan, which turned the tide in those conflicts not by focusing on killing insurgents and terrorists — “kinetics” — but rather by protecting the civilian populations and nation-building — “clear, hold and build.”

“There was no foundation whatsoever for the argument that we could have succeeded in Iraq or Afghanistan with a counterterrorism strategy alone,” Petraeus told me in an interview for my recent book Twilight Warriors: The Soldiers, Spies and Special Agents Who Are Revolutionizing the American War of War (Basic Books, 2016). “That’s just man-hunting, and you can hunt men all day long and the enemy is going to keep regenerating. That’s why you have to clear territory and hold it.”

After building the greatest terrorist-hunting network in history at Joint Special Operations Command, Generals McChrystal and Flynn famously got into a tug-of-war with the White House in 2009, when they insisted that killing terrorists and insurgents would not by itself be a war-winning strategy in Afghanistan. “I felt like a victim of our own counterterrorism successes at JSOC, because after Iraq no one wanted to touch the stove again in terms of another COIN (counterinsurgency) campaign in Afghanistan,” McChrystal told me in an interview for my book. “I know I irritated some people, and it became a great friction point, but I had to keep insisting that you can’t kill your way out of the situation we faced in Afghanistan.”

Serving together in Iraq, Generals Mattis and Kelly learned the same lesson. “In places in our area of responsibility where things were not going well, and violence was up, it was almost always because US commanders were being too kinetic,” Kelly told me in an interview. “If you go into a situation like that with a kinetic attitude, you’re acting as a hammer and suddenly everything looks like a nail.”

As the commander of 1st Marine Division in Iraq, Mattis famously popularized its motto “no better friend, no worse enemy.” He also had Middle East experts offer his Marines cultural sensitivity training. As the Los Angeles Times reported, Mattis instructed his troops that “Whenever you show anger or disgust toward civilians, it’s a victory for al-Qaeda and other insurgents,” and “Every time you wave at an Iraqi civilian, al-Qaeda rolls over in its grave.”

As the former chief intelligence officer for the International Security Assistance Force in Afghanistan, Flynn wrote a controversial article criticizing the intelligence community for focusing too narrowly on targeting insurgents and terrorists, and not enough on understanding the broader cultural context of the conflict. He also pushed back on the Obama administration’s narrative that killing Osama bin Laden and many of his top lieutenants had “decimated” Al Qaeda.

If this group of veteran combat leaders belie cigar-chomping stereotypes, their wartime experiences have made them hyper-attuned to growing threats now confronting the United States, an array of challenges that is arguably more complex and varied than at any time since World War II. In terms of President-elect Trump’s picks of generals for top posts, another common thread unites them: Generals Mattis, Kelly and Flynn each became embroiled in disagreements with the Obama White House over the urgency of looming threats, specifically from Iran, ISIS and at a porous southern border. Their pasts may well act as prologue, foreshadowing Trump foreign and national security policy.