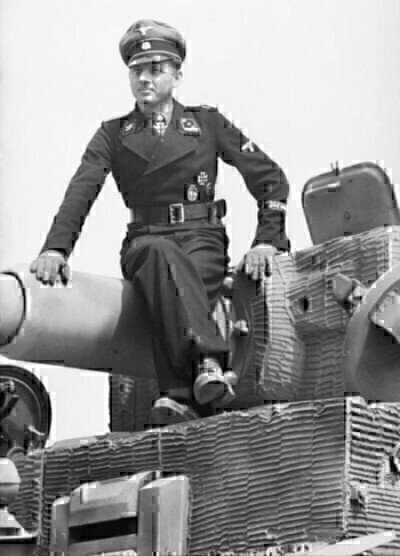 Michael Wittman was an SS-Hauptsturmführer, the SS equivalent of an army captain, in command of a tank crew in World War II. From his time as a young enlisted man to his death as a captain, he was known for his skill in tanks and scout cars. As the war ground on, Wittman became one of the war’s greatest tank aces, scoring 138 tank kills and 132 anti-tank gun kills.

He was recognized with medals and a message of congratulations from Adolph Hitler. He was giving the nickname “The Black Baron” as an homage to the World War I flying ace, “The Red Baron,” Manfred Von Richtofen.