Air Force Academy Superintendent Tells Racists To ‘Get Out.’ 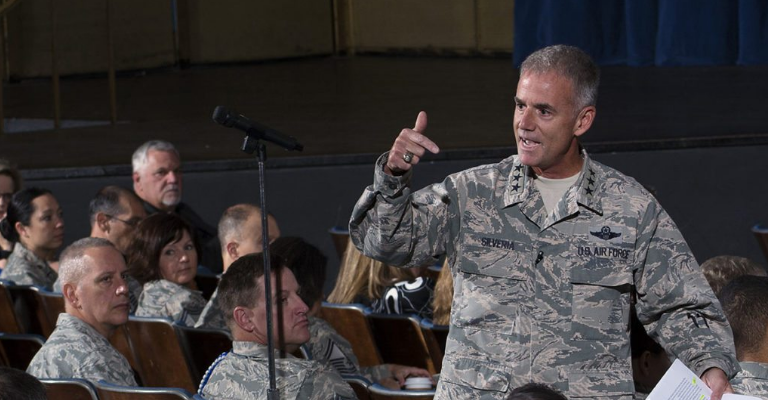 The head of the Air Force Academy stood all his 4,000 cadets at attention Sept. 28 to deliver a message on racial slurs found written on message boards at the academy’s preparatory school.

Chins in and chests out, the cadets were flanked by 1,500 officers, sergeants, athletic coaches, and civilian professors inside cavernous Mitchell Hall. Lt. Gen. Jay Silveria told them to take out their smartphones and record his words.

“If you can’t treat someone with dignity and respect–then you need to get out.”-Lt. Gen. Jay B. Silveria, Superintendent @AF_Academy pic.twitter.com/njCktv5Fmp

“If you can’t treat someone with dignity and respect, then get out,” he said.

Silveria spoke as investigators interviewed cadet candidates at the prep school, where five black students woke up Sept. 26 to find “Go Home” followed by the epithet scrawled on message boards outside their rooms.

Sources at the academy said there appeared to be a single vandal involved, judging by the handwriting.

“Security Forces are looking into the matter,” Lt. Col. Allen Herritage said in an email. “We’re unable to release any additional information at this time due to the ongoing investigation.”

The preparatory school gives cadet candidates a year of rigorous tutoring so they can meet the academy’s strict academic standards. Traditionally, more than half of the students at the prep school are recruited athletes.

Racial slurs are legal in the rest of society, but not in the military, where their use is the kind of conduct that can be court-martialed. Those who wrote the slurs could face charges of violating orders and conduct unbecoming an officer.

Silveria, who took command at the school in August, has told cadets and staff repeatedly that his highest priority is ensuring a climate of “dignity and respect.” He called that a “red line” that can’t be crossed without severe repercussions.

After the speech, he said the Sept. 28 gathering, which drew nearly all of the academy’s personnel, was not mandatory.

The general said having the school’s officers take time to come to the speech showed their dedication to stamping out racism at the school, where about a third of cadets are minorities.

“The most important message there was not from me,” he said.

Silveria wants his cadets and other troops angry about what happened at the preparatory school.

“You should be outraged,” he told them.

He said the Sept. 28 show of opposition to racism should counter any impact on recruiting minority cadets.

“I’m not worried at all after what we demonstrated today,” he said. 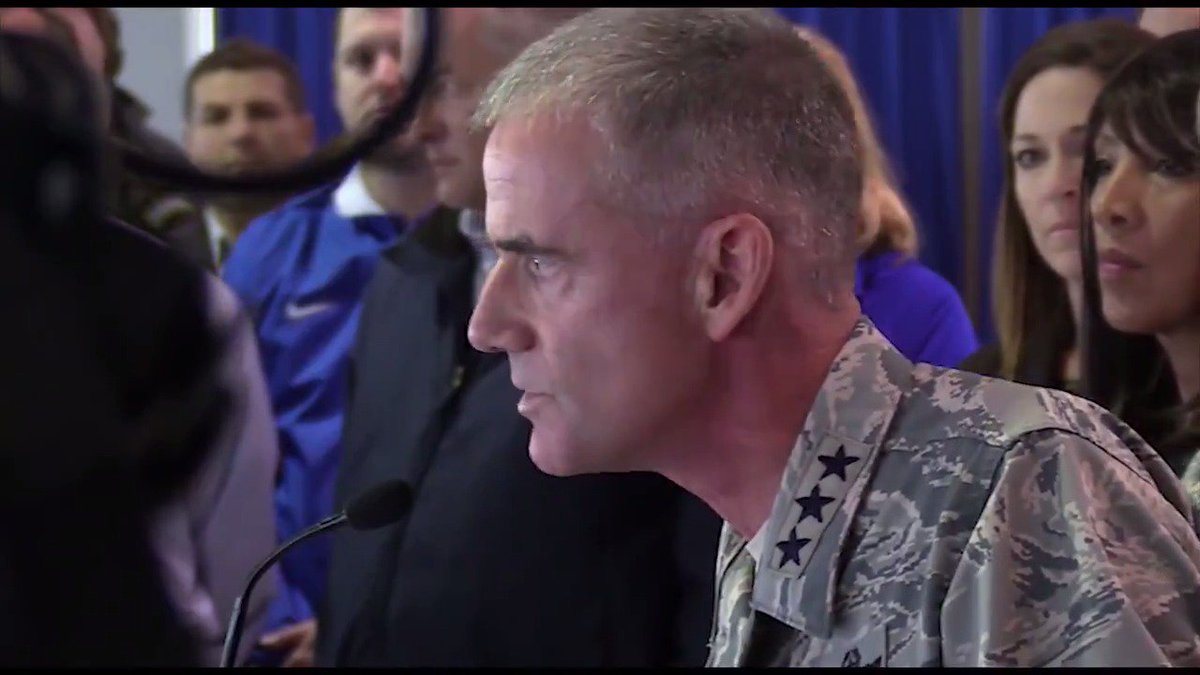 The public display Sept. 28 is in contrast to how the academy has dealt with controversy in recent years, with probes into a variety of issues from sexual assault to an on-campus death dealt with behind a veil of secrecy.

After the speech, Silveria said he thinks dealing with the racial slurs in public is important.

“I wanted to make it clear, this is not something I am keeping from anyone,” he said. “We have to talk about what that means.”

The academy in recent weeks has worked to address the racially-charged state of America. This week, academy dean Brig. Gen. Andy Armacost hosted a campus-wide discussion about white supremacist incidents that accompanied an August “Unite the Right” rally in Charlottesville, Va.

In his speech, Silveria said discussions about race are important.

“We should have a civil discourse, that’s a better idea,” he said.

But talking about racial issues and tolerating racism are different, he said.

“If you demean someone in any way, you need to get out,” he told the cadets.

The military has stood as a beacon of relative racial harmony since President Harry Truman issued a 1948 order that ended racial bias in the ranks.

The general on Sept. 28 called the families of the five cadet candidates who were targeted in the slur incident.

He said recent events that have highlighted racial issues, from NFL players taking a knee during the national anthem to fights over confederate statues, have weighed on his mind lately.

“My point is we can’t pretend that doesn’t impact us,” he said.

But the academy can fall back on an unshakable foundation when racial incidents arise, he said.

“No one can write on a board and take away our ideals,” he said.